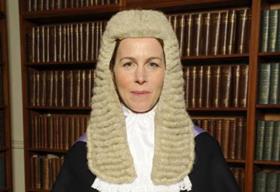 The council said its guidance identifies factors that can make such offences particularly serious. This includes setting up fake social media profiles to post images, and inviting people to comment and contact the victim. Following a public consultation, an additional factor has been included that would show high culpability on the part of the offender for reposting images online after they are taken down from websites.

The council says coercice and controlling behaviour can be characterised by an abuser preventing their victim from having friendships, denying them access to money, and controlling aspects of their everyday life such as what to wear, what they can eat and where they can go. Following consultation, the council has decided that leaving the victim in debt, destitute or homeless due to their finances being exploited will be considered an aggravating factor.

Sending grossly violent or offensive material to someone being stalked, and the impact this has on others, such as children, will also be considered an aggravating factor.

Sentencing Council member judge Rosa Dean said: 'Our guidelines recognise and reflect the very intimate, personal and intrusive nature of these offences, which can have devastating, often long-term impacts on victims and their families. They will provide courts with comprehensive guidance that will help ensure sentences reflect the seriousness of these offences.'