Accelerating appeals for detained asylum seekers risks putting speed before justice, the Law Society has warned, after justice secretary Liz Truss unveiled a new system she says will save taxpayers an estimated £2.7m.

The latest rules replace the old detained fast-track appeals system, which was brought to an end in 2015 following a Court of Appeal ruling.

Under the proposals, the time between an initial decision and conclusion of an appeal to the first-tier tribunal would be capped at between 25 and 28 working days. The current average for an appeal determination is 36 working days.

The proposals also include new safeguards, such as a case management review and giving judges strengthened powers to decide whether cases can be expedited.

Truss said: 'It is vital that foreign nationals who have no right to remain in the country should be removed as quickly as possible. We must ensure that foreign criminals and failed asylum seekers are not exploiting the justice system by attempting to stay in the UK after their claims have been rejected.

'Our proposals are also better for detainees as it will see their detention time cut,’ she added.

However, Chancery Lane said today that the proposed scheme, which extends from the 12 days ruled unfair in 2015 too 25 days, imposes a 'severely restricted timetable’ for determining often complex asylum appeals.

Detained appellants would have limited access to their solicitor and the proposals do not adequately show how vulnerable people will be protected or screened out of the fast-track scheme, it added.

Society vice-president Joe Egan (pictured) said: 'Rushing detained asylum and immigration appeals risks unjust decisions and unlawful removals. In an area of law where the stakes for appellants are so high, we must maintain an impeccable standard of fairness.’ 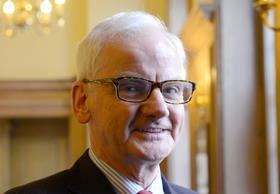 Quicker, fairer hearings can be achieved under the existing rules with a better resourced appeal system, Egan said.

Latest government statistics show that, of the 14,620 appeals heard in the first-tier tribunal immigration and asylum chamber between October and December last year, 42% were allowed.

Egan said: 'It is for the courts to decide the merits of each case. An administrative decision by the executive to fast track an appeal would pre-empt the outcome, remove vital judicial oversight, disenfranchise the appellant and inevitably prejudice the case.’