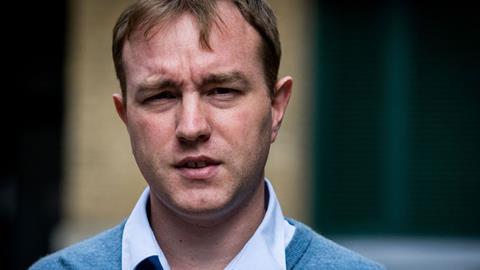 A court has stripped former City trader Tom Hayes (pictured) of more than half of his £1.7m available assets in a confiscation proceeding, a significant win for the Serious Fraud Office’s proceeds of crime division.

Sitting at Southwark Crown Court, Mr Justice Cooke, who also presided over the original criminal trial, ordered Hayes to pay £878,806. Hayes must satisfy the order within a specified period or incur a default prison sentence of three years.

Hayes owns a seven-bedroom family home in Surrey. He transferred half of the property to his wife in 2013 to enable her to take out a mortgage to meet mounting legal fees. Prosecutors told the court that this had been done without informing the SFO, and against the advice of his then-lawyers.

During the confiscation proceedings, the court was asked to consider three questions. Had the defendant benefited from relevant criminal conduct? If so, what was the value of the benefit he obtained? Finally, what sum was recoverable from him?

Commenting on today’s order, Mark Thompson, head of the SFO’s proceeds of crime division, said: ‘The court acknowledged the challenges of quantifying the benefit from crime in this case. The SFO provided the court with all the available information and the outcome is a substantial confiscation order.’

Peter Binning, principal at niche corporate crime firm Corker Binning, told the Gazette the confiscation order was a significant development because the ‘SFO case was not based on actual loss’. As a result, he added, the judgment ‘appears to have done something quite dramatic’.

The SFO had originally sought to recover all the bonuses awarded to Hayes in the period of his misconduct. The judge instead applied a figure of around 35%, representing the value gained by Hayes as a consequence of criminal misconduct.

Matthew Frankland, partner at Byrne and Partners, acted for a defendant acquitted in the UBS Libor 2 Trial. He noted that the SFO had been unusually tenacious in the confiscation case.

Frankland said: ‘It seems the SFO’s approach to Mr Hayes’ confiscation has been as aggressive as it was to his trial. The pursuit by them of the engagement ring he gave to his wife is a fairly unprecedented example.’

Costs were not determined in the judgment. Hayes is serving 11 years in prison following his conviction in August 2015 for conspiring to manipulate Libor.