The Law Centres Network has threatened to seek judicial review of the government's decision to award the contract for operating a discrimination helpline to security contractor G4S.

G4S is expected to take over the contract to operate the Equality Advisory and Support Service (EASS) helpline next month.

The helpline, set up in 2012, advises and assists individuals on issues relating to equality and human rights across England, Scotland and Wales. It can also accept referrals from organisations which lack resources to provide face-to-face advice – such as many law centres.

The Law Centres Network, which represents the sector, said today that it is asking the High Court to quash the G4S contract. It wants the Government Equalities Office to arrange a new tender, correcting what it alleges are faults in the previous contracting process.

In a news release, the network argues that the government did not properly assess the shortcomings of the support service with stakeholders; nor did it properly consider how to reform the service with the Equality and Human Rights Commission.

It also claims that as a large employer, G4S faces a conflict of interest in providing a service that its own employees may want to consult.

The support service is currently provided by Sitel, a provider of 'customer experience management', in partnership with charity Disability Rights UK and other organisations. 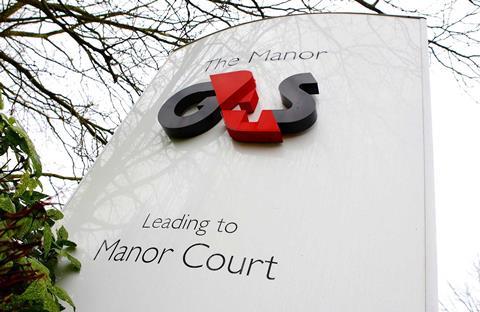 The Law Centres Network is among 41 signatories to a letter sent yesterday to Harriet Harman, chair of parliament's Joint Committee on Human Rights, and Maria Miller, chair of the women and equalities select committee, expressing its concerns over the G4S contract decision.

The letter urges Harman and Miller to initiate a parliamentary investigation into the tender process. The letter states that the matter is urgent as the signatories understand that the service is due to become operational on 1 October and run for three years, with the option for a two-year extension.

It continues: ‘The 2016 tendering process for the service lacked openness and the procurement specification - which was only discovered after an extensive search - appears to have been seriously flawed, with important requirements identified as “essential” in 2011 either downgraded or now removed entirely from the specified service requirements.’

The signatories - which also include Liberty, Advice Services Alliance and the Howard League for Penal Reform - say they support a recommendation made by the House of Lord select committee on the Equality Act 2010 and disability in March that the service be returned to and/or be managed by the Equality and Human Rights Commission.

In a response posted on G4S’s website, managing director Neil Malpas said the company welcomes and supports any review of the tendering process for the helpline, ‘which in our view was conducted very openly, professionally and competitively’.

Malpas added: ‘We were awarded the contract on the strength of our work handling other complex call centres including the Department for Work and Pensions’ child maintenance options service.

‘We have supported that helpline for separating parents over the past three years and feedback from callers and the DWP has been positive.

‘We will bring that experience to the Equality Office’s advisory service and ensure that our team has the knowledge, skills and training to provide clear, supportive and practice advice to people who turn to this helpline when they are concerned they have been discriminated against.’