The Law Commission has unveiled a blueprint for the future of home ownership – including a commonhold regime described as 'fit for purpose' nearly two decades after the concept was introduced.

Residential leasehold was one of 14 topics the commission announced it would explore in December 2017. Today, the commission publishes  recommendations on commonhold, leasehold enfranchisement and the right to manage.

Commonhold allows a person to own a freehold flat. The regime was introduced in 2002 but the commission said it failed to take off due to inertia in the market, a leasehold system being used by developers to generate an ongoing income stream, and technical difficulties. 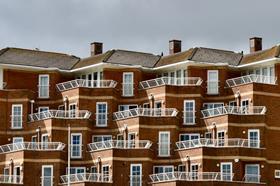 The commission says its recommendations ‘will result in a commonhold regime that is fit for purpose’. It recommends removing the requirement for leaseholders and interested parties to unanimously agree to convert to commonhold. The rulebook, known as the ‘commonhold community statement’, would be reformed.

The commission says: ‘While the commonhold regime will be new to practitioners, it is more rational than the complex existing system of leasehold, and will be more efficient to operate than leasehold law’.

Enfranchisement gives people who own property on a long lease the right to buy the freehold or extend their lease. The commission says leaseholders of houses and flats should have the right to a lease extension for a 990-year term, replacing the shorter extensions of 90 or 50 years under current law.

The various procedures for making enfranchisement claims should be replaced with a ‘single, efficient procedure’. The current requirement for leaseholders to pay their landlord’s uncapped costs for dealing with a claim should be ‘eliminated or controlled’.

The right to manage entitles leaseholders to take over the management of their building without buying the freehold. The commission recommends removing the requirement for leaseholders to pay the landlord’s costs of an RTM claim, including in any tribunal proceedings. The claims process would be made easier by reducing the number of notices that a leaseholder must serve. The tribunal would be allowed to waive minor procedural mistakes.

Professor Nick Hopkins, commissioner for property law, said: ‘The leasehold system is not working for millions of homeowners in England and Wales. We have heard how the current law leaves them feeling like they don’t truly own their home. Our reforms will make a real difference by giving leaseholders greater control over their homes, offering a cheaper and easier route out of leasehold, and establishing commonhold as the preferred alternative system.’

Law Society president Simon Davis said the issues of unfair leaseholds, enfranchisement, commonhold and the right to manage are interrelated, 'so it is important the government takes an appropriately comprehensive view when considering the changes proposed'.

Housing minister Luke Hall said the government will ‘carefully consider’ the recommendations. Julie James, the Welsh Government’s housing minister, praised the commission for undertaking ‘a mammoth task in unpicking the current law’ and engaging widely on the options.

Leasehold reform is expected to feature in the government's long-awaited proposals to cut planning red tape, which are expected to be published today.