A fortnight after being sworn in as lord chief justice, Sir Ian Burnett has delegated criminal justice from his workload, appointing Sir Brian Leveson to become head of criminal justice - a post occupied only once before.

Leveson, who will remain president of the Queen's Bench Division, is expected to play a 'leading role' in relation to criminal justice delivery in England and Wales and will be 'interested' in policy issues, the judiciary said today. 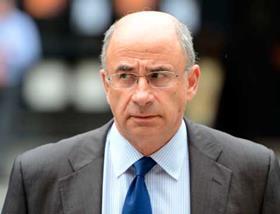 Burnett will remain president of the Court of Appeal criminal division. Today's announcement does not explain why he has decided, contrary to his two predecessors, to separate the two roles. One explanation could be Leveson's background and experience in criminal justice.

Leveson, called to the bar in 1970, was chairman of the Criminal Justice Council from 2008 until 2011. He also chaired the Sentencing Council from 2008 until 2011. He conducted an extensive review of efficiency in criminal proceedings, publishing a 140-page report in January 2015. However, he is more widely known for chairing the inquiry into the culture, practices and ethics of the press between 2011 and 2012.