Let graduates represent litigants in person – master of the rolls

Law graduates could help plug the widening access to justice gap by representing litigants in person in court proceedings, the new master of the rolls has suggested.

Graduates can be given rights of audience under existing legislation, Sir Terence Etherton pointed out. He said this would be a ‘far better’ way to address the fast-expanding number of LIPs than enabling a proliferation of ‘unregulated, uninsured’ paid McKenzie friends.

‘The starting point would be collaboration between universities, pro bono advice centres and law firms,’ he said.

This would increase the number of law graduates – those who have completed both the academic and vocational stage of qualification but not secured pupillage or training contracts - who would be able to provide legal advice to LIPs.

‘They would do so as trainees registered with the university or pro bono advice centre, but only following training akin to that already given by such organisations. And they would be supervised by lawyers – permanent employees of [advice centres] or other lawyers provided pro bono by law firms or chambers.’

This would make unversities’ vocational courses more attractive to prospective students, he added. 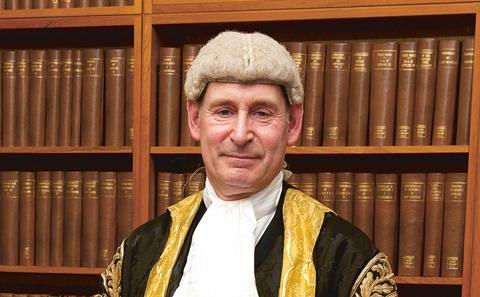 The second aspect of such an approach would be to increase the availability of free legal representation in some court proceedings, enabling LIPs to be represented by law graduates.

Etherton pointed out that enabling such ‘trainees’ to exercise rights of audience might be facilitated by a pilot scheme under CPR 51 or an order under the County Courts Act 1984.

He added: ‘There seems to me a good deal of force in the view that the proper administration of justice and LIPs would benefit from the assistance in court of such graduates. They would have proper legal knowledge, skills training, be subject to professional regulation and also be covered by pro bono or university advice centres’ professional indemnity insurance. Far better such an approach than that provided by unregulated, uninsured paid McKenzie friends.’

If a litigant in person’s claim succeeded, said Etherton, a pro bono costs award could then be sought under the Legal Services Act 2007 to benefit the Access to Justice Foundation.

‘The benefit to trainees would be gaining experience commensurate to that provided by a training contract or pupillage and for an equivalent period,’ said Etherton.

With no immediate prospect of any reversal of deep public funding cuts, Etherton stressed that the judiciary and professions need to think ‘more creatively than we have done in the past’ about improving access to justice. One issue to resolve, he stressed, would be incorporating such a scheme into new models of legal education currently under consideration by both the solicitors’ profession and bar.

Etherton said The Judicial Executive Board will reach a conclusion ‘soon’ in its review of the approach the courts should take to paid McKenzie Friends.