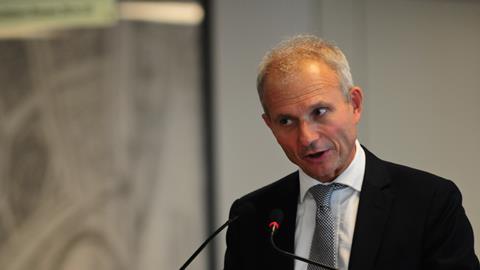 MoJ says no to accountancy body regulating all legal services

The Ministry of Justice has rebuffed attempts by accountancy regulators to expand into wider regulation of legal services.

Lord chancellor David Lidington confirmed today he had rejected the application from the Institute of Chartered Accountants in England and Wales (ICAEW) to regulate all reserved legal activities.

Lidington expressed concerns about the organisation, which is also the representative body, appearing to regulate independently and he doubted whether the ICAEW’s proposed limits were viable.

In a letter from Lidington to the ICAEW, it also emerged that lord chief justice Lord Thomas of Cwmgiedd ‘strongly opposes’ the application and thought it was premature when the body has no ability to offer qualifications or individual authorisation.

The ICAEW has expressed its disappointment and said it ‘struggles to understand’ the basis for the decision.

In his letter, Lidington said he was keen to ensure that regulation of legal services was not influenced by the representative functions of approved regulators.

‘I believe this is fundamentally in the consumer and public interest, and is in keeping with the constitutional principle of the rule of law,’ he said.

Lidington noted that the ICAEW, which is already an approved regulator of probate services, planned to restrict its scope of regulation to ‘taxation services’.

But he expressed concerns, shared by the Legal Services Consumer Panel and Lord Thomas, that such a limitation would be difficult to manage and would add complexity to the process.

Lidington pointed out the ‘material distinction’ between the tax work which accountancy firms may currently undertake and the additional reserved legal activities they wish to undertake.

‘It is quite one thing for accountancy practices to be an expert in taxation, but quite another to be proficient in the conduct of civil or criminal litigation in the courts,’ he added.

The lord chancellor acknowledged the ICAEW would be disappointed but said the issues highlighted need to be addressed before any application is successful.

In a statement, the ICAEW said the lord chancellor had ignored the LSB backing and ‘cut across’ the recommendations of the Competition and Markets Authority which had indicated its support.

Duncan Wiggetts, executive director of professional standards, added: ‘The lord chancellor and the Ministry of Justice have not seized this opportunity to liberalise and regulate the market for legal services in England and Wales, to encourage more competition and to create better options for the consumer.’

Law Society president Joe Egan said that the ICAEW's proposal would have put consumers at risk and would not be in the public interest. 'Accountants provide valuable tax advisory services, but they do not have the same duties to their clients, or to the courts, as solicitors. Equally, their training does not equip them for litigation, which is a specialist area in itself, and has fundamental differences from advisory work,' he said.