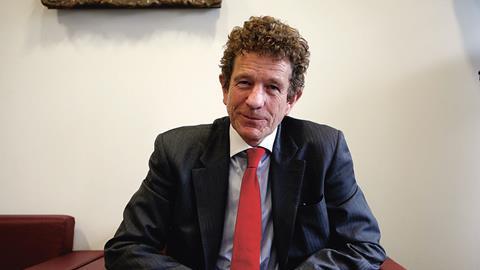 The government today unveiled plans for a second wave of reforms aimed at opening the legal services market to new businesses.

However, there is no date yet for a twin consultation on separating legal regulators from representative bodies.

He agreed with frontline regulators that additional barriers to external providers' entry into the legal services market can now be removed.

‘These new, innovative providers have increased competition in the market, which we believe encourages a wider variety of legal services in the market that are more accessible and affordable to consumers,’ he said in a written statement to parliament.

‘The introduction of ABS businesses, particularly those that have access to external investment and business and commercial expertise, has benefited the market more widely.’

Currently around 600 businesses have been licensed to provide reserved legal activities, with entities from trade unions, accountancy firms, local authorities and insurers all involved.

The consultation document sets out ways to make it easier for businesses such as supermarkets and estate agents to offer legal services such as conveyancing, probate and litigation.

Proposed amendments to the 2007 Act include:

The consultation, open until 3 August, recalls that during the passage of the act, concerns were raised about the potential risks from new and unknown business models.

But complaints about ABSs to regulators and the Legal Ombudsman have been at similar levels to those about traditional firms, and the government has seen no evidence to suggest ABSs pose greater risks to consumers or the public interest.

ABSs account for a turnover of £2.66bn – an average of around £5.4m a firm; larger than an average of £1.9m for other SRA-regulated firms.

The Law Society said it maintains its support for ABSs but that changes to current regulations must be made in the public interest.

A spokesperson added: ‘We will review the consultation in detail, but any change must ensure there is a level playing field between ABSs and traditional law firms in terms of regulation and client protections.

‘Fair competition benefits clients and is in the public interest and it is important that this is maintained.’

Paul Philip, SRA chief executive, said an open, healthy, competitive market is good for the public, business, and the economy.

‘Currently the one-size-fits-all approach to approving ABS is unnecessarily burdensome. It is not appropriate for a two-partner law firm who wants to convert to an ABS to go through the same process as a global company entering the legal market.

‘These proposals will allow us to be more targeted and proportionate – better able to encourage innovation and choice, while still making sure the public is protected.’

However promised analysis of the independence of regulators from representative bodies appears to be on hold for now.

The issue was raised in a government paper last November, but Faulks said ministers now intend to consider the ‘detail and timing’ of a further consultation on regulatory independence.

This will be informed by the preliminary findings of a probe of the legal services market by the Competition and Markets Authority, expected to be published tomorrow.