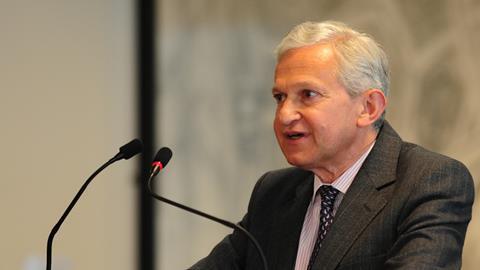 LawTech panel’s statement that cryptoassets can be treated as property and smart contracts are valid in law is a boost for innovators. But complex legal questions remain unanswered

In its first substantive output since being announced a year ago, the LawTech Delivery Panel last week posted good news for anyone developing, or working with, products based on blockchain encryption technology. A statement by a panel taskforce concluded that, in the existing law of England and Wales:

The headline finding was widely hailed as a fillip for innovators. The Law Society said the statement demonstrates the flexibility of English common law to grow and adapt. ‘It will increase confidence among law firms to adopt new technologies and among investors to invest,’ said president Simon Davis.

It is also well timed, given the current controversy about Facebook’s proposed digital currency and general economic uncertainties. And there was no disguising the smugness about its conclusion that common law, with its ability for judges to apply by analogy existing principles to entirely new concepts, is better placed than civil law to get to grips with the crypto revolution.

Taskforce chair Sir Geoffrey Vos, chancellor of the High Court, described the statement as ‘a watershed for English law and the UK’s jurisdictions. No other jurisdiction has attempted anything like it’.

But no one is pretending that the 46-page statement will be the last word on the subject. Speaking at the statement’s publication in the City, the lord chief justice, Lord Burnett of Maldon, observed: ‘Many believe smart contracts will not require the intervention of lawyers, much less of judges. I very much doubt that.’

Dorothy Livingston, a consultant in Herbert Smith Freehills’ competition practice and chair of the City of London Law Society’s financial law committee, said that, while the statement provides helpful guidance for parties investing in cryptoassets, ‘there are a number of complex legal questions which have not been addressed which will ultimately need a response from the English courts or legislature’.

In its quest for a brief and readable statement, the taskforce had to leave out many potentially contentious issues. Among those deemed out of scope are matters of taxation, criminal law, partnership law, data protection, intellectual property, consumer protection, settlement finality, regulatory capital, money laundering and terrorist financing.

This is a formidable list. One item alone, data protection, is already generating heat. Governments that adopt the European GDPR model, with its ‘rights to be forgotten’, must deal with the fundamental clash with products based on distributed ledgers, where the whole selling point is that transaction trails cannot be edited.

Even within its remit, the taskforce identifies several known unknowns: ‘Whether English law would treat a particular cryptoasset as property ultimately depends on the nature of the asset, the rules of the system in which it exists, and the purpose for which the question is asked.’ A pretty big ‘it depends’.

To the question of whether a distributed ledger can be relied on for the purposes of evidencing, constituting and transferring title to assets – a fast-emerging application of blockchain technology – again the answer is no. A distributed ledger cannot be treated as a definitive record of legal rights unless statute has given it binding legal effect (as is the case with the Land Register).

These and other points will be scrutinised by the Law Commission, which the delivery panel has asked to consider rapidly whether any legislation is necessary. The panel will certainly have to return to issues in crypto law – let us hope in similarly bite-sized chunks.