A solicitor has spoken of his anguish and disillusionment after the professional regulator withdrew a threat to close down his practice at the last minute.

Andrew Williams was at a CPD lecture last October when a call came from his office to say the Solicitors Regulation Authority had arrived to intervene and shut down Dagenham firm Lillywhite Williams LLP.

The family solicitor, who has been in practice for more than 30 years, was suspected of impropriety due to an association with another solicitor who was under SRA investigation.

The SRA visited his firm three times between April and June but ignored his insistence that the firm had cut all ties with the third party.

In the event, the regulator arrived without warning and Williams’ bank accounts were frozen and staff placed on immediate notice. With the suspension of his practising certificate, he was not even able to contact clients – some of who were vulnerable and had learning difficulties – to explain what had happened.

‘I had staff in tears and clients who must have felt I had left them high and dry,’ Williams said. ‘I have experienced serious financial difficulties and am lucky to still have my house. My family have been very badly affected and it’s an emotional stain that will never be removed.’

After the SRA had seized everything from his office, Williams had just eight days to decide whether to appeal. 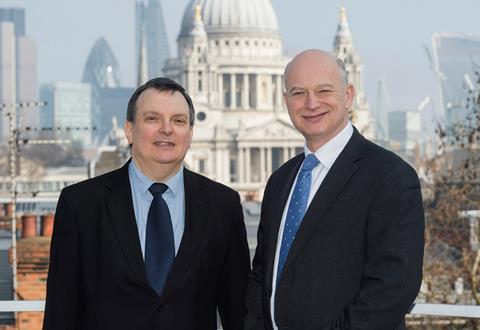 The intervention was withdrawn by the High Court in December with the consent of the SRA. The SRA offered £50,000 towards Williams’ costs on top of its own costs of £65,000. He will receive no compensation.

Mr Justice Blackburne told the court it was a ‘million pities’ that a solicitor with an unblemished record for so many years should find himself in such difficulties.

Williams added: ‘In my case, the value of expert legal advice and representation given cannot be overemphasised. I was given no notice of the intervention or the opportunity to see the report that was sent by the investigators to the adjudication panel. I had no opportunity to challenge any aspect of the report.’

The solicitor now intends to restart his firm with a skeleton staff – once the SRA returns computers which were seized as part of the intervention.

West, who has overturned four interventions against solicitors, said clients can feel daunted by a process that seems to give them little chance of reopening their firm. The lack of reported examples of interventions being overturned – with each of his successes the SRA gave consent to drop the order without fighting in the High Court – means many solicitors are unwilling to take on the cases.

He said the SRA should have disclosed details of its investigation so Williams at least had a chance to plead his case.

‘I would also suggest the intervention decision-maker should have judicial experience,’ West added. ‘Some of the adjudication panel have legal experience but others do not. To make such a draconian ruling as shutting a firm down – with the devastating potential effect on someone’s life – it needs someone with sufficient experience.’

Gordon Ramsay, SRA director for legal and enforcement, said: ‘We usually engage with solicitors about interventions so that they can put their case across in light of the evidence we have. We do not give solicitors notice where we believe this would present a further risk to client interests. We believed that risk was present in this case.

‘All evidence collected during the intervention, such as computer equipment, is used as part of our investigation. Once we have finished with it, we can release it to its rightful owners.’