Solicitors win on appeal over status of costs bills

The Court of Appeal has allowed a challenge from a law firm whose former clients wanted a full assessment of more than £200,000 in billed costs.

Lord Justice Newey overturned a High Court ruling which had held that a statute bill served by a law firm should contain details of disbursements.

In Slade (t/a Richard Slade and Company) v Boodia & Anor, the judge ruled that the fact various bills rendered by the London firm included only profit costs or disbursements, but not both, did not prevent them from being interim statute bills. 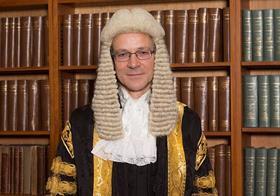 Newey LJ said it would be impractical to rule otherwise and would have ‘unsatisfactory implications’. A solicitor would not be able to raise a statute bill until they had been invoiced for all disbursements incurred during the relevant period, leaving the solicitor dependent on the cooperation of third parties.

‘The difficulties would be the greater if work were being undertaken (say, by counsel or an expert) at the end of a solicitor’s billing period,’ added the judge. ‘The solicitor would, presumably, be unable to render a statute bill until he knew the cost of work done up to midnight on the final day.’

The firm had acted for Mr and Mrs Boodia in connection with a dispute relating to a right of way. By October 2016, when the couple terminated the retainer and instructed alternative solicitors, the firm had delivered 61 invoices, of which 43 were devoted to profit costs and 18 to disbursements. In total the clients were billed £208,000 but had withheld payment of the final four invoices.

The Boodias asked the court for all the bills they had received to be assessed in accordance with section 70 of the 1974 Solicitors Act.

Master James, sitting in the Senior Courts Costs Office, had ruled the invoices were not statute bills and could be assessed, adding: ‘You cannot in my view have an interim statute bill and then come back at a later stage and say, ”here is something else to go into that bill”. It is either a final bill for the period that it covers or it is not.’

But Newey LJ said it should not be inferred that a statute bill must always, or even usually, include both profit costs and disbursements.

He added: ‘Separate billing for profit costs and disbursements is common with modern, digital billing, and I do not accept that that need give rise to problems.’