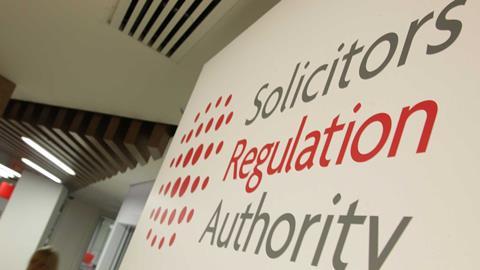 SRA yet to receive reports of solicitor touts

The Solicitors Regulation Authority has yet to receive reports of any solicitors ‘touting’ for criminal legal aid work nearly a week after it announced it was stepping up efforts to tackle the problem.

The regulator has asked solicitors and firms to report any concerns about touting ‘quickly and clearly’.

Solicitors and their agents are banned by the code of conduct from proactively approaching potential clients in person in a bid to increase business.

Marketing strategies must be non-intrusive. Cold-calling is banned.

SRA executive director of policy Crispin Passmore said: ‘While the majority of solicitors and firms continue to act professionally, we want to increase our focus in this area.

‘Firms working in this way not only undermine the rule of law, they also impede the public’s access to high-quality legal advice. This is especially concerning because those involved in criminal cases could be very vulnerable.’

The widespread problem of ‘touting’ was flagged up by Kent solicitor Robin Murray, former vice-chair of the Criminal Law Solicitors’ Association, in the Gazette in March.

According to reports, touts will:

Commenting on the SRA’s latest announcement, Murray said: ‘This is a culture change and make no mistake about that. Touting without consequences is over. The SRA could not back off from taking action after issuing such a strong statement of intended action against touts.

‘I am proud of the part the CLSA has played in this sea change in attitude towards touting in our midst. I hope it helps bring some relief and support to the majority of decent firms having to cope with this pestilential plague of touts. Let’s stamp them out.’

In a letter to Richard Miller, head of legal aid at the Law Society, Passmore said the regulator has a range of regulatory tools at its disposal.

Passmore said: ‘As well as a thematic review where we look at certain firms in more detail and identify wider issues, we can issue guidance, develop warning notices and, of course, investigate specific allegations and reports.’

Solicitors with concerns about touting should email report@sra.org.uk, putting 'touting' as the subject line.