The Home Office has asked immigration lawyers to share their 'valuable perspectives' on the Windrush scandal to ensure immigrants entitled to live in the UK are never threatened with deportation.

Earlier this year thousands of Commonwealth immigrants who arrived as British subjects and given settlement rights under the 1971 Commonwealth Immigration Act feared they would be deported if they could not prove their status after being caught up in the government's 'hostile environment policy', which is targeted at illegal immigrants.

The Home Office has now issued a call for evidence 'to prevent something like this happening again' and says immigration lawyers who may represent people going through the UK immigration system or who are subject to controls will be able to offer valuable perspectives.

Views are being sought on: identifying the main legislative decisions which led citizens of the 'Windrush generation' to become entangled in measures designed for illegal immigrants; why issues were not identified sooner; what lessons the Home Office can learn to make sure things are done differently in future; and assessments of the initial impact of corrective measures.

Immigration specialists have already criticised the government for suggesting that those caught up in the scandal, fearful about their immigration status, did not need to instruct solicitors. Justice secretary David Gauke insisted that Commonwealth immigrants did not need legal aid to help sort out their status because the Home Office would be able to help them. 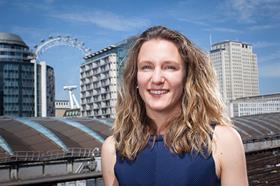 Diana Baxter, a partner and immigration specialist at London firm Wesley Gryk Solicitors, welcomed the call for evidence, especially as it is seeking evidence from not only those with practical direct experience of the people affected but also parties finding themselves as 'reluctant policemen' of the hostile environment policy, such as employers, landlords and health professionals.

However, Baxter said, 'it remains to be seen whether any meaningful lessons will be learned and changes implemented as a result. The Independent Chief Inspector of Borders and Immigration has been monitoring and preparing independent reports on the immigration, asylum and nationality functions of the Home Office since being established under the UK Borders Act 2007, yet many of its recommendations fail to be implemented in a timely manner.

'As a recent example, in response to a report by the Independent Chief Inspector in July 2017, the Home Office committed to publishing new guidance on the good character requirement in children’s citizenship applications by December 2017, which commitment remains unfulfilled, with serious implications for children and young persons affected.'

Wendy Williams, an HM Inspector of Constabulary, is overseeing the 'lessons learned' review. A report will be published by March 2019. The call for evidence closes on 19 October.