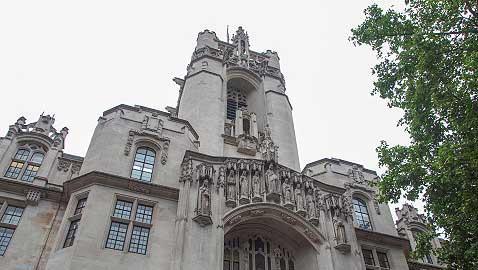 By a majority of 4 to 1 the Supreme Court have reversed the unanimous decision of the Court Appeal and first instance judge to hold that a local authority is liable for the torts of foster carers. The Court agreed with the judges below that the local authority did not owe a non-delegable duty to ensure that care was taken for the safety of a child in its care, but the inexorable development of the law of vicarious liability in recent years – which commenced with the decision of the House of Lords in Lister v Hesley Hall Ltd [2001] UKHL 22 in which the House of Lords held that a boarding school was vicariously liable for acts of abuse perpetrated by a warden – has continued. Longstanding authority at Court of Appeal level, in particular that court’s decision in S v Walsall Metropolitan Borough Council [1985] 1 WLR 1150 which rejected vicarious liability for foster parents, has been swept away.

A non-delegable duty is a duty which is personally owed by the defendant, but may be breached by a third party. This is to be contrasted with vicarious liability, where the defendant is held liable for the breach of a duty owed by a third party. The first question in Armes was whether the Child Care Act 1980 created a non-delegable duty on the local authority to ensure that care was taken by foster carers. The Supreme Court unanimously held that it did not. Two factors in particular pointed away from such a conclusion. First, a care order essentially put the local authority in the same position as a parent and a parent does not owe a non-delegable duty. Secondly, the relevant duty owed by the local authority was to provide accommodation for the child in its care and that duty was discharged by arranging the placement. In some circumstances, the courts have held that local authorities should be treated differently from parents because of their extensive statutory powers and the expertise of their staff (see Barrett v Enfield London Borough Council [2001] 2 AC 550); however, in this context the court was concerned that treating local authorities differently would result in councils becoming state insurers for parents where children in care were placed back with them, a not uncommon arrangement.

The decision of the Supreme Court in Cox v Ministry of Justice [2016] UKSC 10, in which a prison authority was held vicariously liable for the negligence of a prisoner working in its kitchen, defined the outcome here. The majority did not expressly consider the question of whether foster carers were employed by local authorities (a series of Court of Appeal and Employment Appeal Tribunal decisions have held that they are not: see for instance W v Essex County Council [1999] Fam 90 and Bullock v Norfolk County Council (2011) WL 197265) but noted that vicarious liability may arise outside the employment context where a relationship has certain characteristics similar to those found in employment, as identified in Cox. The majority found that the following factors created vicarious liability: the foster carers were not carrying out an independent business of their own; the care provided by the foster parents was an integral part of the local authority’s ’business’ of caring for children; the placement of children with foster parents whilst usually in the best interests of children necessarily carried the inherent risk of abuse; the local authority had a significant degree of control over the placement; and the local authority had deep pockets enabling it to satisfy a judgment. Placements with natural parents would not, however, attract vicarious liability, because they had a different kind of relationship with the local authority and looked after the child on their own behalf. Lord Hughes dissented: he was concerned that it was not possible to distinguish the position of placement with a child’s natural family and placement with other foster carers; in both situations a family, not the local authority, brings up the child, in neither case, he concluded, should there be liability.

In the light of the direction of travel of recent authority in the arena of vicarious liability, the decision in Armes is perhaps unsurprising, especially given the ’professionalisation’ of modern foster parents, described in the evidence as ’home based professionals… acting as a public parent in a private household’. The majority noted that victims of abuse in residential homes are able to obtain compensation against those who run them. The use of vicarious liability, rather than the imposition of a non-delegable duty, puts victims of abuse in foster care on the same footing, whilst avoiding the undesirable outcome of making local authorities liable for abuse by a child’s own parents where, for example, the child has been returned to them under a care order with a view to rehabilitation. The decision also implies that placements of children in private residential homes do not give rise to non-delegable duties on the part of the placing authorities, because there too the placement discharges the primary duty to accommodate.

Areas of doubt as to the boundaries of liability remain. Lord Reed, who gave the majority judgment, emphasised that the court was dealing with the particular legislation before it, rather than the law and practice of the present day, but it must be doubtful whether a different decision would be reached under the Children Act 1989 and associated legislation. Lord Hughes pointed out that under current legislation placement with extended family members (not the parents or those with residence orders) requires local authority approval, resulting in such carers becoming ’local authority foster parents’: might vicarious liability therefore attach for abuse by an aunt or uncle? Lord Reed said only that courts would not be readily persuaded to make local authorities liable for abuse by parents, ’or perhaps other family members’. Although dismissive of the ’floodgates’ argument as a reason for not imposing liability at all, the Supreme Court endorsed a need for caution in finding that parents (including foster parents) have breached a duty to the children in their care. Now that a large class of effectively insured ’parents’ exists, further litigation exploring the boundaries of parental liability seems likely.