Partner and marine casualty specialist Tony Goldsmith has been appointed as head of Hill Dickinson’s marine and trade division. 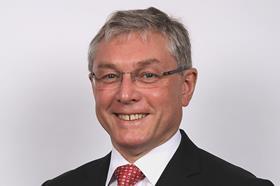 A former seagoing master mariner, Goldsmith joined the firm in 1993 and became founder and managing partner of its Singapore office when it opened in 2009.

Before studying for his LLB, Goldsmith was a deck officer with Ocean Fleets, sailing on tankers, bulk carriers and general cargo vessels.

He is regularly instructed by the P&I clubs, hull underwriters and owners and operators of vessels to protect their interests following casualties. These include collisions, groundings, fires, structural failures and sinkings. As legal adviser to one of the largest salvage and wreck removal companies for over 20 years, he has been involved in some of the world’s largest vessel recovery operations, including the ill-fated Costa Concordia.

Goldsmith will succeed the firm’s current head of marine, David Wareing, who is due to retire in the autumn.

Goldsmith commented: 'I am absolutely delighted to be taking over the helm from David, with the full support of the team. Our Marine Group has benefited hugely from David’s wise stewardship, helping to reinforce our position as an industry leader in the many sectors for which we are known. There are exciting and challenging times ahead as the world emerges from lockdown, and it is a privilege that I have been entrusted to take over the baton.'

He will return to the UK from Singapore later this year to take up his new post.