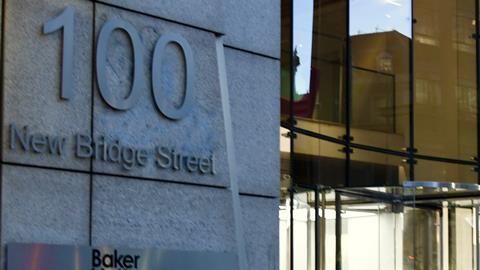 The disciplinary case against Baker McKenzie and three of its former executives was a ‘long haul from beginning to end’. So said the tribunal chair in her closing remarks last week, seven and a half months after the hearing began. Rooted in tangled email exchanges and interrupted by the pandemic, the case was densely detailed and expensive, with respondents’ legal fees totalling over £3m.

For all its complexity, however, the case shone a light on the inner workings of a powerful City firm and on a major cultural shift in the legal profession.

After two days of deliberation, the tribunal found that Senior had committed serious professional misconduct and fined him £55,000, one of the largest SDT fines ever imposed on an individual. He was cleared of one of the three allegations. All allegations against the other respondents were found not proved.

The hearing – which was adjourned shortly before Christmas and resumed online in April – uncovered Baker McKenzie’s delicate power structure. It also showed how difficult it is to interrogate professional relationships eight years after the fact. Human memory proved hazy and written records were, in some cases, unavailable.

The case relied heavily on a series of emails between the human respondents in the days after the hotel room incident. In one email, Cassels told Senior he was ‘increasingly confident we can land this in an OK place’. In another, Blackburn said his respect for Senior was ‘unchanged over this situation and, like you, I’m still struggling to come to terms with the potential ramifications which I sincerely hope we can avoid’.

However, the slipperiness of textual exchanges soon became apparent. Richard Coleman QC, for Cassels, told the tribunal that the SRA had deployed emails out of context.

The broader context of 2012 – pre #MeToo – was also invoked. Blackburn said Senior would have been suspended immediately had he been accused of sexual harassment today and an external investigator would have been brought in. Meanwhile, Baker McKenzie called itself ‘a different firm from a decade ago with new leadership, an enhanced purpose and a commitment to diversity and inclusion’.

The SDT will have to get used to grappling with retrospection. The regulator says it has no cut-off point for investigating misconduct, as long as there is evidence to support prosecution. Last October, SRA chief executive Paul Philip vowed there would be no let-up in the prosecution of senior solicitors suspected of sexual misconduct with colleagues, which he stressed amounts to breaches of the code.

The regulator is likely to draw some encouragement from the tribunal’s latest judgment. While three of the four Baker McKenzie prosecutions failed, two core allegations against Senior succeeded and a hefty fine was ordered. Meanwhile, the SDT refused to make any costs orders, despite Cassels, Blackburn and the firm seeking around £3m, arguing that the allegations were improperly brought, factually incorrect and over-prosecuted.

Senior’s penalty follows the successful prosecution of Ryan Beckwith, a former Freshfields partner who was fined £35,000 by the tribunal last year.

Yet the question of sanction lingers. The SRA initially said it was ‘surprised’ by Beckwith’s punishment – which did not include a suspension – but did not appeal the decision (Beckwith himself has filed grounds to challenge the ruling). Senior also avoided suspension, raising the question of what boundaries have to be crossed to elicit the most serious penalties.