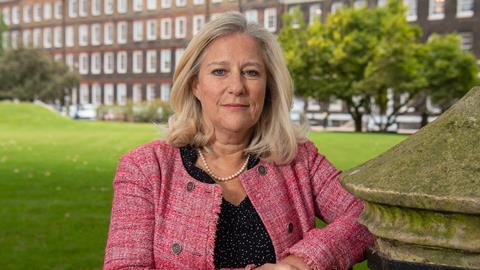 News focus: How solicitors can help raise the bar

Amanda Pinto QC, the new chair of the Bar Council, believes solicitors have a big role to play in increasing opportunities for female barristers

Amanda Pinto QC has 11 months to whip the bar into shape in her new role as chair of the Bar Council, and she is determined to make the most of them. As just the fourth female leader of the Bar Council in 126 years, she is keen to make up for lost time and helping women succeed is at the top of her agenda. A crucial element of this, Pinto says, is the fair allocation of work – work which comes from solicitors.

‘Often, it’s the same people who are being briefed and they are in the image of the traditional bar,’ Pinto tells the Gazette. ‘We want to spread the allocation of work much more equitably. In the family bar, for example, you think there are lots of women. But there are two big sides to the family bar: children and money. Anecdotally, women get the children and men get the money. That’s not right. It defies belief that women are not capable of doing the same type of work.’

Pinto, of 33 Chancery Lane, is an expert in international financial wrongdoing. She recalls a case early in her career involving a car auction company. ‘The client told the firm of solicitors that they wanted a man, and a solicitor took umbrage at this. I was eventually instructed and happily I won the case, and [the client] sent me some flowers. Men never get sent flowers. They always get a bottle of wine, or something similar. I wasn’t sure if I should be happy or not.’

Are solicitors doing enough, nowadays, to challenge sexist requests from clients? ‘You would have to ask them,’ Pinto responds diplomatically. ‘But there are lots of moments in which issues could arise. Fair allocation of work might be influenced by clients, solicitors or other barristers.’ The male-dominated world of the clerks’ room could also play a part, she suggests. ‘Partly it’s ignorance and partly it’s unconscious bias.’

The Solicitors Regulation Authority specifies in its Handbook that solicitors are expected to be ‘fair and inclusive’ in interactions with all the people they deal with, including barristers. However, discrimination lingers on. In 2018, Rehana Popal, a female Afghan barrister, was asked to return a case after the client asked for a white male barrister instead. Writing about her experience, Popal noted the awkward power dynamic between self-employed barristers and solicitors who give them work. She did not report the solicitor in question.

'Often, it’s the same people who are being briefed and they are in the image of the traditional bar. We want to spread the allocation of work much more equitably'

Some progress is being made. The commercial bar is particularly skewed towards men, Pinto says, and City firms are reacting to this. Clifford Chance recently introduced a policy of including at least one female barrister in lists recommended to clients. Meanwhile, Allen & Overy asks clerks for ‘diverse shortlists’ of barristers and organises networking events for pupils and junior barristers. Much remains to be done in all practice areas, however. ‘Anecdotally, I hear it’s not great,’ Pinto says.

Promoting female success is just one point on the Bar Council’s to-do list. Getting people into the profession in the first place is another serious obstacle, and Pinto speaks scathingly of bar schools with fees that impose immediate barriers. ‘If training for the bar is prohibitively expensive… then you are not opening up the profession. What we are finding is that there are loads and loads of providers of the bar course, but lots of the people they take – because they’re trying to make money out of students – will never either pass the course or make it at the bar. They’re just not the right kind of people. They shouldn’t be taking their money.’

Pinto hopes the new, cheaper, course offered by the Inns of Court will get a broader range of the right people in. ‘One of the great things about the [Inns of Court College of Advocacy] is that it has brought down the cost of some of the other providers [who could] do what they liked.’ In the wake of the Inns of Court announcement, major bar schools slashed their fees by almost a third and from autumn this year students will pay nearer £10,000 than £20,000.

Pinto is confident the bar is on the brink of positive change – as opposed to being simply ‘on the brink’, as claimed by a recent LexisNexis report. ‘I’m optimistic. And the reason I’m optimistic is because I think the bar has an absolutely crucial part to play in the justice system.’

‘And we can change’, she concludes. ‘We don’t have to settle for the status quo.’