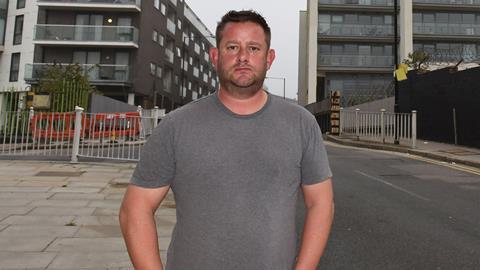 Eight defendants were recently acquitted after the prosecution’s expert witness was discredited. Was this a one-off or does it point to a wider problem of experts lacking the necessary credentials?

Glance through the pages of an expert witness directory and you will find an impressive array of advertisements. No topic is too niche for an expert to be available.

However, a highly publicised case has cast doubt over the qualifications of the estimated 20,000 experts offering services. Last month, a fraud trial at Southwark Crown Court concerning carbon credits collapsed when Andrew Ager, appearing as a prosecution expert, revealed he had never read a book on carbon credits and could not remember if he had passed his A-levels. Eight defendants were acquitted of conspiracy to defraud.

Closing the case, Judge Nicholas Loraine-Smith said: ‘Andrew Ager is not an expert of suitable calibre. He had little or no understanding of the duties of an expert. He had received no training and attended no courses. He has no academic qualifications. His work has never been peer-reviewed.’

The incident has raised uncomfortable questions. Was Ager a one-off? Or are courts riddled with similar cases?

Mark Solon, founder of Bond Solon, an organisation that trains expert witnesses, called for ‘a sense of perspective’. He told the Gazette: ‘Most experts are perfectly fine – but there are naughty ones.’

Solon warned that hefty fees could tempt some to overstate credentials: ‘Every time an expert witness appears in court he or she gets several hundred, if not thousands, of pounds. There is a tendency to try and please the solicitor.’

But perhaps a lack of money is a bigger cause of suboptimal experts – especially where legal aid is involved. ‘The limit on what can be paid for experts’ reports means it is often difficult to find one of sufficient quality, if an expert can be found at all,’ said Law Society president Christina Blacklaws. ‘Sometimes a low-quality “expert” is chosen because they are cheaper – but then they often take longer and cost the Legal Aid Agency more than a qualified expert.’ Head of the Family Division Sir Andrew McFarlane made the same point last year about the family courts.

Andrew Ager is not an expert of suitable calibre. He had little or no understanding of the duties of an expert. He had received no training and attended no courses

Meanwhile, checking credentials is not always straightforward. Medical doctors, architects, surveyors and accountants, for example, belong to professional bodies, but the Expert Witness Institute (EWI) says professional accreditation is not always enough. Witnesses should also be taught how to give evidence appropriately. Experts have a tendency to stray outside their area of expertise, an EWI spokesperson said – as in the case of the late solicitor Sally Clark. In her murder trial paediatrician Professor Roy Meadow told the jury the chance of two children in an affluent family suffering cot death was ‘one in 73 million’.

But Meadow was not an expert in statistics and the Royal Statistical Society wrote to the lord chancellor saying there was ‘no statistical basis’ for the figure he arrived at. Clark was released from prison in 2003.

The EWI has launched a certification scheme with the Judicial Institute at University College London which aims to create a ‘gold-standard’ register of experts.

To insist on certification raises problems, however, said Roger Isaacs, a forensic partner at accountancy firm Milsted Langdon and a seasoned expert witness. ‘Some expert witnesses do a lot of this sort of work and should join accreditation bodies and should be asked whether they have been trained. But there are instances in which experts in relatively obscure fields are asked to assist the courts. Such experts may only give evidence once in their careers. It would be a shame if they were precluded from doing so simply because they were not accredited expert witnesses.’

‘A truly bona fide expert witness has worked in the relevant core industry they profess to be an expert in,’ said Andy Townsend, commercial director of Footprint Investigations, a firm that provides cell-site analysis to criminal lawyers. ‘It is to do with a lot more than education.’

When picking expert witnesses, instructing solicitors have to navigate a maze of accreditations.

Isaacs is adamant, however, that solicitors are ultimately responsible for ensuring a witness is up the job: ‘Whoever instructs the expert needs to make sure that they are an expert. The burden should be on the instructing solicitor.’

Perhaps next year’s expert witness directory will be somewhat slimmer.