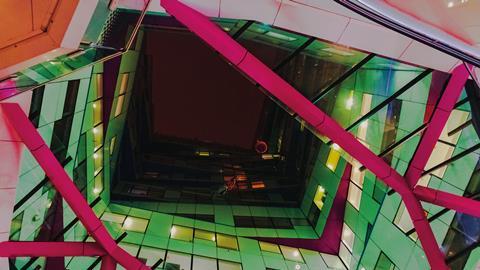 News focus: Post-Beckwith, SRA must focus on 'what matters to clients’

Experts on legal regulation are not mincing their words after the Ryan Beckwith debacle. The SRA must stop insisting solicitors be paragons of private virtue and radically amend its approach

‘Regulators should not require solicitors to be paragons of virtue in their private lives,’ added Gregory Treverton-Jones QC, long-time co-author of The Solicitor’s Handbook and a top advocate in solicitors’ disciplinary cases.

‘The divisional court decision is to be welcomed,’ he told the Gazette. ‘It is not generally the job of a regulator to pry into the private lives of those it regulates. Once the SDT had found that the sexual encounter was consensual (it was not alleged to be otherwise), and involved no abuse of power by Mr Beckwith, I was unable to understand upon what basis he was being disciplined, let alone how he could possibly have been guilty of any lack of integrity.’

Treverton-Jones added that  regulators should ‘not seek to hitch themselves to transient public bandwagons. I have always believed that solicitors’ sex lives should remain their own private business, save where the sexual activity is non-consensual, or amounts to harassment or an abuse of power’.

Writing for the Lawyer Watch blog, Steven Vaughan, professor of law and professional ethics at University College London, pointed to the uncertainty solicitors will now feel over both what ‘integrity’ means, and where the line is to be drawn by regulators on their behaviour as private individuals. He suggested the SRA ought now to ‘create some guidance about its own “vague” professional principles and/or a statement of ethical standards’.

Vaughan said: ‘It’s very clear that the High Court doesn’t like what it sees as professional regulators sticking their nose into the personal lives of lawyers. I mean, I don’t necessarily disagree… But this wasn’t a case about me being mean to my neighbours. It’s about a sexual encounter between a partner and an associate in his team following after work drinks. Where do we draw the line?’.

One known unknown is whether the Beckwith judgment will change the face of professional regulation in a way that transcends the legal profession. But regulatory experts have said they are baffled by the SRA’s decision to prosecute in the first place. As last week’s judgment made clear, the SDT had found that Beckwith did not take advantage of his colleague by reason of his professional status.

'The SRA is searching for credibility with the profession, so trying to justify similar cases in the future would be a catastrophic mistake'

Paul Bennett, professional regulation partner at national firm Bennett Briegal, suggested the regulatory environment for solicitors has been ‘distorted’ by an ‘often puritanical’ and ‘unhealthy’ focus, which other professions do not presently experience. He too wants the SRA to review its approach to matters outside professional life and ‘radically amend it’.

Bennett added: ‘The SRA is searching for credibility with the profession, so trying to justify similar cases in the future would be a catastrophic mistake. It is time the SRA stopped with the fringe nonsense and focused on what matters to clients – the standards of advice, work-related character traits, the health including mental health of solicitors – and stopped the thought police diversions and nods to popularist nonsense.’

In the regulator’s defence, says Bennett, the SRA is still a relatively young watchdog and the errors it makes are few and far between. Unfortunately, when mistakes do happen they are ‘seriously high-profile’, often making the pages of the national press.

He added: ‘The challenges to the SRA’s approach from the profession are they exercise judgement on such matters poorly, the costs are out of control and they lodge multiple allegations when one allegation would suffice – they “over-prosecute”. Each of those things is something the senior SRA team need to address, eliminate and focus on.’

Bennett also wants the Legal Services Board to focus on consistency between the regulators. Solicitors should be treated in the same way as other professionals, he says – though as Gazette Online reported last week (tinyurl.com/y6xkxv3s), bar regulators are treading a similar path in becoming increasingly concerned about how lawyers behave outside their professional lives.

Bennett concluded: ‘It is disappointing, that after some high-profile losses and the practising certificate challenges, that the excellent work on the Standards and Regulations 2019 has been lost in the noise around Beckwith and similar failures. However, this is an opportunity for the SRA and LSB to review and focus on the basics of client need and high standards within the profession.’