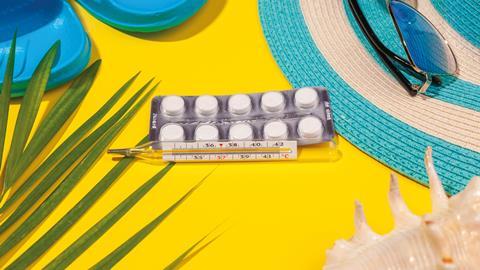 Holidaymakers who issue fraudulent sickness claims have sparked negative headlines, but a pivotal court ruling means that defendants will no longer have an ‘easy ride’ picking holes in expert evidence

In a sector where so much attention has focused on fraud, claimant lawyers are feeling chipper about a civil court ruling that could affect hundreds, if not thousands, of cases in the pipeline.

To them, last month’s judgment in Griffiths v TUI UK Ltd was a welcome antidote to seemingly endless media stories about holidaymakers faking their condition.

Mr Justice Martin Spencer overturned a county court judgment and awarded damages of £29,000 to claimant Peter Griffiths for gastric illness suffered after eating contaminated food at a Turkish hotel. The tour operator is considering whether to appeal.

The judgment was eye-catching for the court’s seeming rejection of the defendant’s tactic of not putting forward their own expert evidence. But it also suggested to some that judges had started to look upon such claims more favourably. ‘The tide seems to be turning for these types of claims,’ barrister Dominique Smith commented.

The issue for claimant lawyers regarding expert evidence has been the Court of Appeal’s 2017 judgment in Wood v Tui. The judges found that it was not necessary for the claimant to establish fault on the part of the hotel in order to prevail, provided he could show he became ill as a result of eating contaminated food provided as part of the holiday contract. But Sir Brian Leveson offered a side dish to the main meal, adding that in his view it was very difficult to prove food or drink was not of satisfactory quality ‘unless there is cogent evidence that others have been similarly affected and alternative explanations would have to be excluded’.

Claimant lawyers said this comment was an invitation to defendants to throw everything at experts brought to give evidence that holidaymakers became ill from eating at a particular hotel. They suggested that despite Leveson’s comments being obiter, courts elevated them to a test, resulting in claimants having to satisfy an essentially higher standard of proof. Effectively, defendants were accused of running defences on the cheap by relying on Leveson and not producing their own reports or calling evidence.

In Griffiths, Martin Spencer J said the court was not entitled to critique and analyse evidence that was ‘uncontroverted’ in the same way as if it were evaluating a contested report.

‘Once a report is truly uncontroverted, that role of the court falls away,’ he concluded. ‘All the court needs to do is decide whether the report fulfils certain minimum standards which any expert report must satisfy if it is to be accepted at all.’

Smith said that defendants will no longer have an ‘easy ride’ in standing back and criticising expert evidence, and claims will be more vigorously defended in future.

‘I think that the courts went so far one way following Wood, ie dismissing these claims in bulk, that the shift we are starting to see is back towards a middle ground,’ she added.

Stuart Smith, an associate in the fraud team of defendant firm BLM, said defence lawyers will have to revisit their approach and challenge expert reports on causation, calling on witnesses and submitting competing factual evidence.

He added: ‘Although this could certainly present a bigger problem, it would seem unlikely a claimant could rely upon a truly “uncontroverted” expert report, because in such circumstances the defendant would usually seek to respond to the claimant’s otherwise uncorroborated evidence by seeking factual and/or expert evidence of its own.

‘Gastric illness claims will continue to be defensible, providing that defendants continue to deploy the same meticulous approach to evidence-gathering as always.’

Jatinder Paul, a senior associate solicitor at Irwin Mitchell, which acted for the successful party in Griffiths, said that in the context of establishing claims in the face of defences mounted on liability and causation, this was an encouraging development. But he baulked at the suggestion there has been a major shift.

Paul added: ‘In recent years, tour operators have heavily focused on challenging claimants and pursued counter-actions (and won) where a small minority have been proved to be dishonest, but this is a separate issue. Fortunately, we screen our cases very effectively, but the presence of this in the market generally has raised the temperature in this litigation and caused insurers to resist claims across the board for a range of reasons.’