A national support service representing children in family court cases has opened up its data to researchers as part of wider efforts to understand how well the family justice system is working.

Cafcass has transferred its file data to the Secure Anonymised Information Linkage (SAIL) Databank, which is based at the University of Swansea. Cafcass said the move was part of a strategy to exchange knowledge and learning with key partners such as the Nuffield Family Justice Observatory, set up by the Nuffield Foundation to improve the use of data and research in the family justice system.

Jacky Tiotto, Cafcass chief executive, said: ‘Making our data fully accessible to UK researchers means we will have more opportunity to heighten our understanding of the needs of families and carers involved in family court proceedings. We hope to improve our understanding about what makes the most positive difference in children’s lives and to build this knowledge into future reform.

‘The more evidence-based expertise we have about children, their families and their pathways through the family justice system, the better we can support them and ensure they receive the help and support they need.’

The Nuffield Family Justice Observatory, the Centre for Child and Family Justice Research at the University of Lancaster and the SAIL databank have established a ‘data partnership’.

Lisa Harker, director of the Nuffield Family Justice Observatory, said the partnership created an opportunity to ‘shed light on how the system is working’ and ‘improve evidence-informed decision-making’. 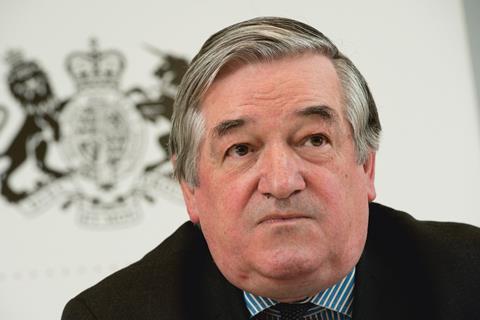 Munby was speaking at the forum on improving data and research evidence in family justice, where he criticised FamilyMan, a case management system which is used in family courts. He said: ‘It’s a scandal that it’s still useless kit that the court is expected to cope with. It is impossible to gather useful, workable data by mining FamilyMan.’

In private family law, Munby said there was a ‘mountain of anecdotal material’ but nothing in terms of knowledge. He repeated his suggestion for a six-month survey, recording key information in every case under part II of the Children Act 1989 and part IV of the Family Law Act 1996.