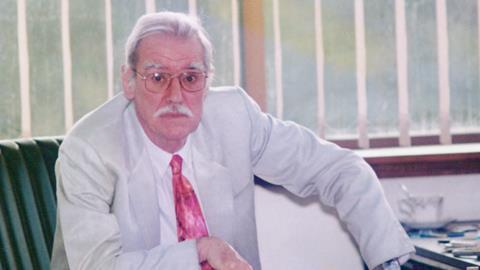 Brian Wilkinson: solicitor who worked around the world

John Brian Wilkinson, who has died aged 93 , was a solicitor and  legal draftsman who worked in this capacity around the world until his retirement in  2010.

He was born in Hull in 1929. He went to Eastfield Road School - then Hull Grammar School - and later University College of Hull, achieving LLB (London) (Honours). He was admitted as a solicitor of England and Wales in 1951 and was in private practice in Hull until going abroad in 1955.

This introduced him to a lifelong love of south east Asia. He conducted private practice in Sarawak, Penang and Singapore as Advocate and Solicitor( he did a case where Lee Kuan Yew was opposing counsel) and married  Margaret (Lian Eng Tan) in Singapore in 1957.

He held numerous other senior legal roles - as supervisor of elections in Fiji and as acting attorney general in the Cayman Islands. In Brunei he was awarded several medals from the Sultan for his service including the Most Distinguished Order of the Paduka Seri Laila Jasa.

He made an early contribution to the emerging environmental legislation drafting  the Caribbean Marine Conservation law in 1985 allowing  for the creation of marine parks. Sir Anthony Smellie KCMG , QC currently Chief Justice of the Cayman Islands said that 'Mr Brian Wilkinson was simply the finest legal draftsman and one of the best legal minds I ever had the good fortune of working with'.

He is survived by his wife Margaret Lian Eng , his five children Timothy , Adrian , Martin , Edwin and Kim and eight grandchildren