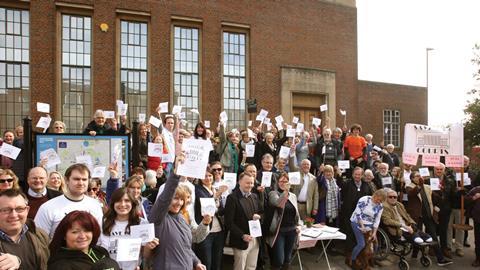 Campaigners say they still hope to keep court provision in their city after a change of heart from the Ministry of Justice.

An action group based in Chichester has pleaded with the government to keep Crown and county court work in the existing magistrates’ court building.

That building closed in September but is yet to be sold: the separate combined court is due for closure in June next year. Lawyers in the city say all work can be moved to the purpose-built magistrates’ court, maintaining provision in the city.

The Chichester campaigners are believed to be the last remaining group opposing one of the 86 court and tribunal closures announced across England and Wales.

They received a letter from the MoJ indicating a change of heart after lawyers acting on behalf of Resolution West Sussex confirmed their intention to initiate proceedings for judicial review.

The government confirmed to the Gazette it has agreed to reconsider the proposal for alternative provision for Chichester Combined Court work, although they stress it does not affect plans to close the combined court itself.

Chichester family solicitor and mediator Edward Cooke, on behalf of the campaign group, said the continued provision of court services in the city is vital for local people.

‘Our proposal for a new Combined Court in the old Magistrates Court building is, in our view, the best solution for all concerned,’ he said. ‘The new court would handle not only Crown court criminal work, but also family and civil cases - in other words, county court work.

“Critically, the government’s decision of 29 September, save for providing for video link evidence to be given from Chichester police station (which we believe would be very problematic and indeed HMCTS themselves previously indicated this would not be a suitable venue) would mean victims and witnesses of crime having to travel as far as Lewes for criminal trials.’

Cooke confirmed the legal proceedings will be dropped pending a decision on the future of the court.

The MoJ says its local leadership group will now consider the lawyers’ proposal and make a recommendation to the HMCTS property board.