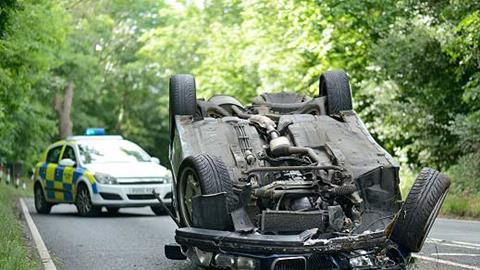 Pro-claimant campaign group A2J said the government’s plans for personal injury reform could lead to mass redundancies of up to 60,000 people.

This will in turn affect income to the Treasury as well as having a knock-on effect on companies receiving outsourced business from law firms, the group said.

A2J said clients will be ‘frightened off’ bringing claims and case volumes handled by law firms will plummet.

The group said: ‘These proposals affect every person practising law on behalf of injured clients in England and Wales and more importantly, they dissolve the rights of 60 million people forever.

‘If implemented, RTA firms, both claimant and defendant, will go immediately into run off and early closure within months. Firms practising in other areas of PI law will go into run-off and will cease trading probably within a two-year period.'

Simon Stanfield, chair of the Motor Accident Solicitors Society, said: ‘The government’s proposals will fail to protect the interests of most claimants. We’re disappointed that they’re pressing ahead with this agenda, despite the mounting evidence of the negative unintended consequences.

‘Whilst the banning of pre-medical offers is welcome, raising the small claims limit for all PI claims and capping minor whiplash claims will fall straight into the hands of those who would exploit claimants, and the system.

‘It is still not too late for the government to take stock and allow the industry to come forward with a fairer and more proportionate programme to tackle fraudulent claims. Past cross-industry initiatives have demonstrated that so much more can be achieved by dialogue.

‘The sector should be given time to discuss areas of possible common agreement.'

Nicola Kitchener, director of Leicester firm Affinity Law, said: ‘My understanding is that approximately 70% of claims fall below £5,000 and therefore 70% of victims will be unrepresented going forward.

‘This is not access to justice: £5,000 compensation would reflect an injury for a two-year period, this is not a minor injury and victims need support in this position.

‘The insurers will have no incentive to provide this, their interests lie with their shareholders and not the victims.’

On the other side of the debate, James Dalton, the Association of British Insurers’ director of general insurance policy, said: ‘The insurance industry has campaigned long and hard to tackle the impact of whiplash-related claims on honest motorists, so we welcome these proposals.

‘Introducing a range of measures, such as limiting the compensation payable for these injuries, will help create a more honest system that doesn’t reward those who want to exploit it.

‘If implemented, these reforms will ease some of the pressure recent increases in insurance premium tax and repair costs are already putting on premiums.’

The Forum of Insurance Lawyers (FOIL) president Nigel Teasdale, said: ‘There is a great opportunity now for significant reform. We need to focus on getting the detail right to deliver a workable, effective new process.

‘Several other consultations are in train or pending and this offers a real opportunity for a joined-up approach by the Ministry of Justice and other interested parties to achieve comprehensive, cohesive reform.’