The court has ruled in favour of claimants in a battle over medical agency fees that affects thousands of low-value personal injury cases.

Ruling in Beardmore v Lancashire CC in Liverpool County Court earlier this month, Judge Graham Wood QC rejected the defendant’s attack on the recoverability of agency fees charged for obtaining medical records in employers’ and public liability cases that have exited the portal process and fall under CPR 45.29I. 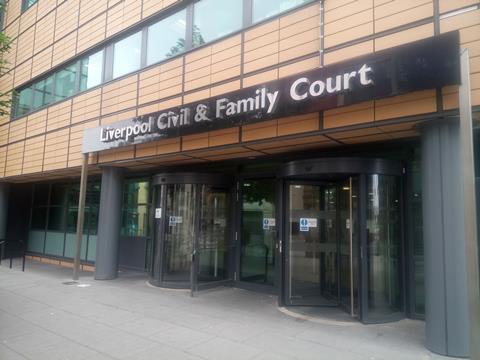 The dispute arose from a straightforward tripping claim that settled for £3,500 after leaving the portal. The defendant agreed to pay the relevant fixed legal costs and the direct costs of the GP and hospital notes  - £10 and £50 respectively - but disputed that it was obliged to pay the ‘profit costs’ charged by agency Target Medical for obtaining the records. The claimants sought a total of £96 for each report, including VAT.

Judge Wood noted that the relationship between Target Medical and the claimant solicitors was ‘not clearly stated’, though it was believed that the solicitors had a ‘financial interest’ in the agency. However, he added: ‘I do not believe that this court should be drawn into direct or indirect criticism of the use of medical agencies, even those which are closely connected with bulk claims solicitors… It is the nature of modern litigation where there are increasing pressures on profit margins and limits of cost recovery for solicitors to be ever more creative in maximising the return from these claims.

‘I can understand why paying parties should be cynical where such a connection exists, and it appears as though it is merely an additional payment to the receiving party solicitors which would not otherwise be recoverable, and the restrictions are being circumvented.

‘However, if as a matter of policy the rule makers believe that it is appropriate to make the fixed costs regime more restrictive and to exclude agency fee recovery, then a simple rule change can be introduced.’

Judge Wood said the heart of the question before him was whether the fact that rule CPR 45.29I specifically referred to a limit on recovery of agency fees in ‘road traffic accident claims’ therefore meant that such fees could not be recovered in EL/PL cases. He said had the rule drafters intended to exclude EL/PL claims, it would have been ‘simple enough’ for them to have included wording to that effect.

He therefore decided to allow recovery of ‘the reasonable and proportionate cost of obtaining the medical records’, which he set at £30 for each of the two sets of records in this case, on top of the direct costs and with VAT to be added.

Paul Hughes of King’s Chambers, who appeared for the claimant, said: ‘We are now over 15 years on since the first set of fixed costs was introduced to curb costs in RTA cases in 2003. Much water has passed under the bridge, but litigation on the ever-increasing volume of fixed costs provisions still flows.

‘In Beardmore, HHJ Wood QC addressed the latest challenge by defendant insurers to reduce overall spending on disbursements… Although the sum in each case is only “tens of pounds”, many thousands of cases are affected by it.’

Kevin Latham of King’s Chambers appeared for the defendants.