The High Court has ordered that the Solicitors Disciplinary Tribunal hear a prosecution again after describing its first attempt as ‘seriously flawed’.

In a scathing assessment of the tribunal’s decision that Nabeel Sheikh, admitted in 1998, had no case to answer, Lord Justice Davis said this decision was ‘plainly wrong and revealed an inadequate understanding’ of the principles that should be applied.

He saw ‘no impression at all’ that the tribunal took the required holistic approach and said the decision to accept there was no case to answer was ‘not reasonable’. The case will be remitted for a fresh hearing before a different tribunal panel, with the decision to make a £63,000 costs order against the Solicitors Regulation Authority also disallowed.

The regulator challenged the tribunal’s decision to throw out the case against Sheikh, formerly a partner at now-closed London firm Neumans, over costs charged in a criminal appeal. After the client’s appeal was allowed, Neumans lodged a bill of costs for £2.9m, the largest the Court of Appeal (Criminal Division) had ever received.

The court directed Master Egan QC to investigate. According to the latest judgment, Master Egan reported 'clear evidence of fraud' in the costs claim and the matter was referred to the Director of Public Prosecutions and the SRA. No criminal proceedings have been brought and Sheikh has always denied fraud. It was noted at the tribunal that police investigators did not contact Sheikh, let alone request that he attend for an interview, after spending two years looking at the case. 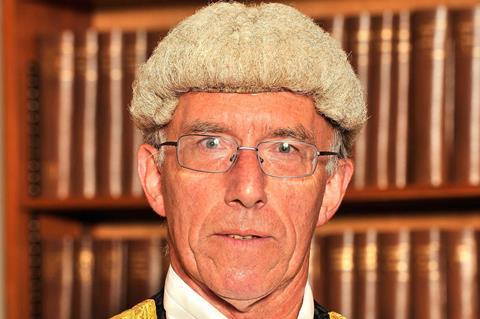 The SDT's 65-page judgment referred in detail to Master Egan’s report but considered that it presented ‘both fact and opinion’, adding that when an opinion was expressed the tribunal ‘disregarded’ it. The tribunal stated that it would not draw inferences ‘based on the opinion evidence of Master Egan, who was not a witness in the proceedings and who was not an expert, to substantiate a case to answer’.

The SRA referred Sheikh to the SDT, making a number of allegations including making claims for work that was not carried out.

Overturning the decision, Lord Justice Davis said the SDT ‘fell into serious error’ in both its approach and conclusions.

He added: ‘I have to say that one gets no sense here of the SDT seeking to take the SRA’s case at its highest or asking itself whether on one possible view of the facts a conclusion to the criminal standard could properly be reached.’

The judge said the way Master Egan’s report was handled was not acceptable. The SDT was also ‘completely wrong’ to dismiss out of hand a report from the SRA’s regulatory supervisor, and failed to ask whether any contrary conclusion was reasonably sustainable.