Covid tests are to be piloted at Southwark Crown Court from today, as HM Courts & Tribunals Service boosts its safety measures.

Lateral flow tests will be available for judges, jurors, professional court users, staff and contractors, such as cleaners and security, for the next four weeks. Testing will be conducted on a voluntary basis and court users can be tested up to twice a week, receiving their results within 30 minutes. 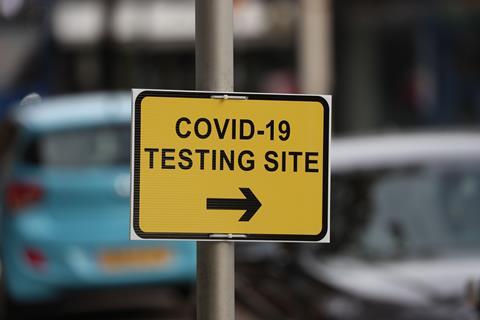 Lateral flow tests will be available at Southwark Crown Court

A pilot for the rapid testing of court and tribunal users began on 29 January at Manchester Civil Justice Centre. However, wider roll-out of the scheme has proved slow thus far.

The South Eastern Circuit said it is pleased to see this pilot scheme opening at Southwark and ‘hopes that HMCTS will soon be able to open similar testing centres at an increasing number of court buildings’.

The latest backlog figures show 56,003 cases were outstanding in the Crown courts and 474,220 in the magistrates’ courts at the end of January.