Stressed and overworked Crown Prosecution Staff are in danger of burnout if courts list too many cases quickly to clear the justice backlog, the director of public prosecutions has warned.

The lord chancellor has announced that there will be no cap on judicial sitting days and Crown courts have been authorised to work at ‘full throttle’ to their maximum capacity. 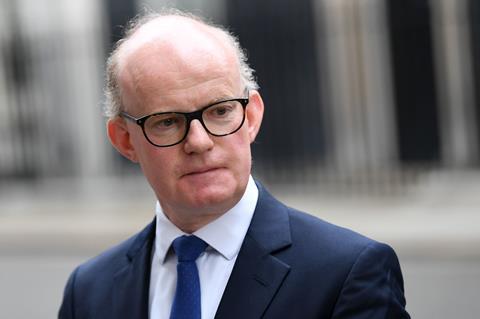 Max Hill QC: listing too many cases quickly to reduce court backlog could cause undue fatigue

He said: ‘I worry about the fatigue that they bear. We need to look after our own staff. It’s testament to their determination and extraordinary hard work that we have done as well as we have under Covid.'

The DPP paid tribute to ‘fearless’ trade union colleagues who have been ensuring the CPS looks after staff as a priority. ‘If we let go of that, then I do fear burnout, and I do fear the task of bearing down on the overall case backlog as well as the problems in the prosecution of rape will lead to undue fatigue. I think it’s right that I sound that warning.’

Asked about measures to tackle the backlog, Hill said: ‘With an increase in sitting days and some physical increase in Crown court capacity, we must bear in mind the sheer effort it takes to lift a case from computer to court. What that means in the CPS is a paralegal officer will have the task, often at short notice, of preparing bundles for the court, material that has to be ready for presentation to the jury, alongside playing their part in trial preparation [and] victim and witness liaison…

‘If you move too quickly by increasing the number of cases listed, you’re going to create a problem of fatigue on the part of the CPS by the people who then have to support those cases. It’s already really intensive work, supporting a live caseload which is half as big again as it was last year. That can be compounded by listing lots and lots of cases very quickly.

‘We are determined to play our part here but I’m just calling for very careful conversation about how to triage these cases, how to prioritise them, and try to work our way through.’