Three-quarters of magistrates do not want remote links to be used as extensively as they were during the pandemic, according to landmark research on their experiences in the criminal courts.

After canvassing the views of 865 magistrates, a report published by the Magistrates Association, assisted by legal charity Transform Justice, concludes that audio and video links negatively impact communication and effective participation, particularly for vulnerable court users.

Asked whether remote links should be used as extensively as they were during the pandemic, 76% of 853 magistrates were opposed. One respondent said: ‘I doubt that I have ever had a day’s sitting without at least two or three breaks due to technical problems. We spend or waste time waiting for connections to be made – often having to retire whilst everybody gets online.'

Remote links made it more difficult for 62% of 828 magistrates to identify hidden disabilities.

One magistrate commented: 'The participation rate of all defendants completed over video is much reduced. I am used to looking for signs of unease or wishing to stop the proceeding for a brief break. I am used to adjusting my language and tone depending on the reaction of a defendant. These things [are] much more difficult to identify on a screen and make the necessary accommodation.'

Another said: ‘The inability to access important aspects of non-verbal communication results in an extraordinary failure of best practice, which is ultimately not in the interests of justice. Those with learning difficulties or mental health or neurodivergent conditions are put at a greater disadvantage and pressure under these conditions.’ 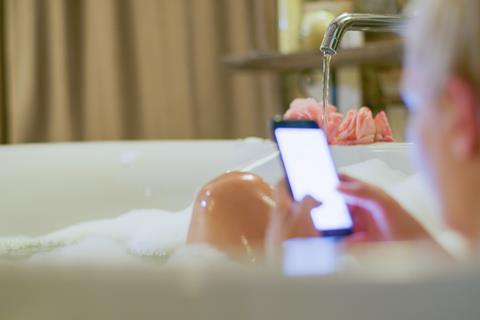 One respondent noted some defendants 'had complete lack of respect for the court [...] including but not limited to appearing while in the bath'

One respondent said: 'I have noted that some [not all] defendants appearing remotely, and so not physically being in the courtroom, have had a complete lack of respect for the court, staff and process including but not limited to: appearing while in the bath, being half naked, smoking and treating the process like social media.'

Another magistrate was conscious that people on the other end of the link were unsure about everything that was happening in court and, in some cases, doing other things off screen. 'The gravitas associated with a court hearing wasn’t there, and I don’t consider that a good thing,' they said.

The report's recommendations include stronger and reliable technology, and more data on the impact of remote technology in criminal proceedings.

Dr Natalie Byrom, director of research and learning at the Legal Education Foundation, said: 'The report makes important and balanced recommendations that, if adopted, would support the safe and effective use of remote hearings in the future. Ineffective hearings have a devastating impact on defendants and victims alike, as well as generating delays that can only exacerbate the current case backlog.'

A spokesperson for HM Courts & Tribunals Service said: 'We rapidly rolled out remote hearings to keep justice moving throughout the pandemic – with more than 20,000 happening every week at its height and 93% of legal representatives satisfied with their use.

'All magistrates receive IT training on court technology and our new remote video hearing service will better replicate the formality of a courtroom, including features such as virtual consultation rooms.'