Proposals to improve the disclosure pilot in the Business and Property Courts have been drawn up amid concerns by lawyers that aspects of the scheme have created a more ‘adversarial environment’ and increased costs.

At a virtual seminar hosted by Opus2 this week to mark the 125th anniversary of the Commercial Court, it emerged that the pilot requirement for parties to agree a ‘list of issues for disclosure’, and decide what type of disclosure will be needed for each issue, is particularly unpopular with lawyers.

Sonia Tolaney QC, chair of the Commercial Bar Association, said the lists of issues for disclosure were ‘highly time consuming to negotiate’, with a steep rise in the number of hours that barristers were now incurring for work done before and during the Case Management Conference (CMC) stage – leading to higher costs. She questioned whether the lists of issues for disclosure added any real value, and suggested they should not be mandatory for every type of case.

Professor Rachael Mulheron of Queen Mary University, who has submitted a monitoring report to the disclosure working group (DWG) based on 700 pages of submissions from 78 fee-earners and firms, added that many respondents were concerned about the ‘artificial’ distinction to be drawn between a list of issues for disclosure, and a list of issues for trial; and lawyers considered that this was being done ‘far too early’ in the litigation process, which was leading to disputes. She added: ‘The menu of models is extremely wide now, but it was the selection of models per issue that many [survey respondents] felt to be generating quite a lot of work. The over-engineering of what disclosure would suit a particular issue was really bogging the litigation down.’ 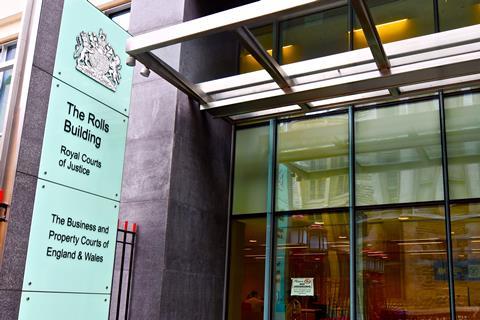 Solicitor and DWG member Ed Crosse pointed out that while the list of issues for disclosure may involve greater costs up front, it could make ‘significant savings’ later on, if parties have identified that only minimum disclosure is needed for many of the issues.

DWG member Mr Justice Robin Knowles acknowledged the need to be ‘practical’, adding that ‘there may be cases in which there’s already a comprehensive list of issues, and one can draw out of that the ones that will be useful as disclosure issues.’ But he added that while lawyers were right to call for flexibility, ‘that won’t lead to the rejection of the idea that issues will be an important guide to disclosure’.

A second thorn in the side of litigators is the pilot’s ‘Disclosure Review Document’ (DRD). Mulheron said lawyers believed the ‘complex document’ was ‘frontloading costs’, with more senior lawyers needing to be involved in preparing it. She added that 78% of CMCs had deployed counsel for DRD-related arguments, which lawyers considered to be ‘developing a much more adversarial environment’.

In response to feedback, the DWG proposes providing guidance on how firms can tailor the DRD to suit the case in hand, and clarifying that lawyers do not need to complete irrelevant parts of the form.

On the positive side, Mulheron said most survey respondents had been ‘very supportive’ of the requirement for initial disclosure of key documents, and the need to consider the use of technology assisted review early on in proceedings; and they had welcomed the new duty of co-operation – even if this wasn’t proving ‘smooth sailing’.

But the academic also reported that lawyers were very concerned about the ‘preservation duties’ contained in the pilot, which oblige parties to send out notices to all current or former employees who may have disclosable documents, to ensure they are not destroyed. This was regarded as particularly difficult in relation to past-employees, who may have moved to a competitor law firm. The DWG’s proposed amendment will limit the duty to send a preservation notice to circumstances where there are ‘reasonable grounds’ to think that the individual has such documents, which are not in the party’s possession.

The DWG also proposes guidance to spell out that ‘Model C’ disclosure, which is currently being overused, should be limited to specific narrow categories and issues.

The DWG’s proposed changes will be put to the Civil Procedure Rule Committee in October or November. The monitoring report by Mulheron, which was completed in February, will be published at the same time.