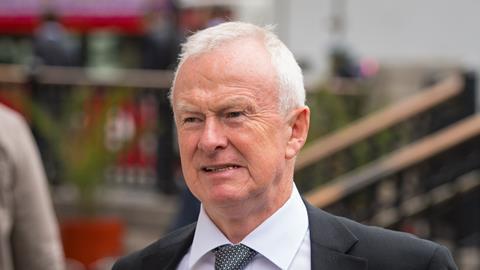 'Dishonest' and 'deluded': MP accuses Day to his face in parliament

The senior partner of human rights firm Leigh Day has been directly accused of dishonesty over his handling of claims against the Ministry of Defence by an MP enjoying parliamentary privilege.

Martyn Day was cleared of misconduct in 2017 by the Solicitors Disciplinary Tribunal in relation to the Al-Sweady claims. He prevailed in the High Court when the Solicitors Regulation Authority tried to appeal the tribunal’s decision last year.

But the issue reignited today during an evidence session of the House of Commons defence committee, where Day appeared as a witness to speak about the statute of limitation for forces veterans.

The discussion turned to Day’s role in gathering and issuing claims against the MoD on behalf of individuals who purported to be civilians but turned out to be members of an Iraqi militia army.

During a fraught and often tense interchange with Conservative MP Johnny Mercer, who served in the British Army, Mercer said Day had been ‘dishonest throughout this process’.

Dishonesty was never alleged by the SRA before the tribunal during the seven-week hearing in 2017.

Asked by Day if he would repeat the accusation outside parliament, Mercer said: ‘No problem whatsoever. You have known for a long time that the individuals in the Al-Sweady case were part of the Mahdi Army, that documentation [which showed it] was found in your possession. 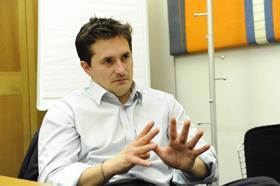 ‘My problem is that you come here and make these allegations, that the British went into Basra and all hell broke loose and suddenly no-one cared about human rights and everyone was very disappointed, and it is a complete work of fiction.’

Later in the session, Day explained that his firm had sued the MoD rather than individual soldiers. He pointed out that around 330 claims against the government in relation to Iraq had been successful, with more than 600 still being processed.

Mercer continued his cross-examination by asking Day if he felt remorse or regret about the situation faced by soldiers accused of wrongdoing.

Mercer responded: ‘It was entirely the product of deliberate lies, reckless speculation and ingrained hostility. You are deluded Martyn, you are absolutely deluded.’

The MP accused Day of exploiting the English justice system and the difficult scenarios that arise during warfare, adding: ‘I don’t blame you for it because you are making money out of it. The reason you don’t go after individual soldiers I would suggest is simply because there is no money in it for you.’

Day confirmed that his firm had received £11m in fees and disbursements from the government in relation to claims generated from the Iraq conflict. He said neither he nor any member of his firm (except for one individual) had been to Iraq to monitor first-hand the activities of third parties on the ground who were paid a referral fee for each claim they brought in. Asked if he would apologise for the lives Mercer said had been ‘ruined’ by litigation, Day said: ‘I am not going to apologise for the rule of law.’

Pressed on whether Leigh Day had an agenda against the armed forces, Day replied: ‘No, not at all. I totally support the British Army… that is why it is so important we learn the lessons to make sure they do not make the big mistakes that they made this time round… I am clear that rather than us being able to have a proper debate about the rights and wrongs of what has happened in Iraq, one is surrounded by so much murkiness that it is so hard to get at the actual truth.’