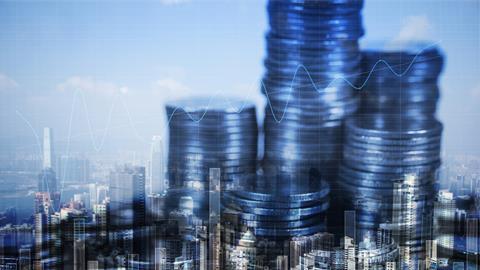 Long awaited measures to tackle corporate anonymity and to give teeth to the enforcement of unexplained wealth orders are among the measures in the government's much-trailed crackdown on 'dirty money and corrupt elites' following the invasion of Ukraine.

Announcing this afternoon that the Economic Crime (Transparency and Enforcement) Bill along with plans to upgrade Companies House will be introduced in parliament tomorrow, prime minister Boris Johnson said: 'There is no place for dirty money in the UK.'

According to a statement by Downing Street, the legislation will create a register of foreign owners of UK property. It will also require anyone setting up, running, owning or controlling a company in the UK to verify their identity with Companies House. Entities failing to reveal their ‘beneficial owner’ will face restrictions over selling their property and penalties of up to five years in prison.

On unexplained wealth orders (UWOs), the definition of an asset’s ‘holder’ will also be expanded to ensure individuals cannot hide behind opaque shell companies and foundations the announcement stated. Law enforcement agencies will have more time to review material provided in response to an unexplained wealth order. Meanwhile, law enforcement agencies will be protected from legal costs if they bring a 'reasonable' UWO case that is ultimately unsuccessful.

New measures to tighten the net of sanctions enforcement will include a more wide-ranging ‘strict civil liability test’ for monetary penalties, rather than the current one which requires firms to have knowledge or a ‘reasonable cause to suspect’ sanctions are being breached. 'This will make it easier for the Office for Financial Sanctions Implementation (OFSI) to impose significant fines,' the announcement stated. The office will also be able to publicly name organisations that have breached financial sanctions, but have not received a fine.

The Register of Overseas Entities, will apply retrospectively to property bought by overseas owners up to 20 years ago in England and Wales and since December 2014 in Scotland. It will be held by Companies House, with support from the UK’s Land Registries. It was first proposed in a draft bill dating from 2018.

New measures set out in a white paper on the upgrade of Companies House include:

Companies House reform will be introduced through a further economic crime bill to clamp down on illicit finance and improve corporate transparency, which will also include new powers to seize crypto assets and bring them within scope of civil forfeiture powers, the government said. Meanwhile anti-money laundering powers would be strengthened 'to give businesses more confidence to share information on suspected money laundering and other economic crime'.

The Law Society welcomed the introduction of the bill.  A spokesperson said: 'Solicitors play an important role in tackling money laundering and we look forward to working with the government to ensure that the reforms the bill introduces are effective and help make the UK a hostile place for money launderers.'