EU court’s legitimacy ‘in the doghouse’ over Sharpston sacking

Critics have condemned the European Court of Justice’s decisions to dismiss a British QC’s legal actions against her sacking as 'outright garbage' and a 'complete judicial abdication'.

Eleanor Sharpston QC served as advocate general to the court in Luxembourg from January 2006 until her mandate was prematurely terminated in 2020, as a result of the United Kingdom’s vote to quit the European Union.

Sharpston, whose post was not attached to any member state, had challenged the decision of the leaders of the 27 remaining countries to end her appointment early and to appoint her successor.

She argued that the mandate of a serving member could only be terminated by the court itself for specific, mainly disciplinary, reasons.

In two orders issued last week, the First Chamber of the European Court of Justice ruled that decisions by the member states in relation to the mandates of members of the court are immune from judicial review. 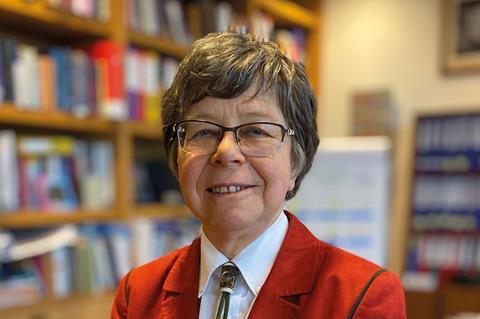 The court said that it was clear that the intention of the authors of the EU treaties was 'to exclude from judicial review…acts which it is for the member states to adopt, such as decisions appointing members of the EU Courts'.

It said it was 'immaterial whether the representatives of the governments of the member states acted within the framework of the treaties or other legal sources, such as international law'.

In a blog post that pulled no punches, Dimitry Kochenov, a professor at CEU Democracy Institute in Budapest, and Graham Butler, an associate professor of Law at Aarhus University in Denmark, said the court had 'signed off its own lack of independence' and that 'its legitimacy is in the doghouse'.

The pair said the decision of the court to refuse to examine the issue of interference in its own independence is 'very damaging for the EU legal order' and shows it is not independent from the member states.

They added that the decisions 'make crystal clear that the [court] would not qualify as a "court or tribunal", should its own standards of judicial independence be applied to itself'.

Sharpston told the Gazette that the decision 'makes me sad for the independence of the court that I was so proud to serve for 14 and a half years'.

She said: 'My legal team and I are now studying the orders with great care in order to decide what my next steps might be.'