A law centre that opened its doors nearly 40 years ago has become the latest in a growing line of casualties from cuts to legal aid funding.

The trustees of Lambeth Law Centre in South London confirmed in a statement last night that the law centre has closed with immediate effect.

In a statement posted on the Law Centres Network website, the law centre said: ‘Unfortunately, the law centre has faced financial pressures caused by legal aid cuts and increased operating costs. To some degree this was relieved with generous support from our charitable funders, who have understood the need in the community and helped us address it. 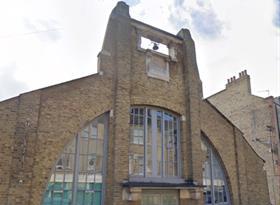 ‘However, ultimately the funding shortfall, together with issues with VAT calculations, have put the law centre in an impossible financial position. Having failed to secure emergency funding to keep the law centre going, we were left with no choice but to decide on closure.

‘The law centre’s team is working hard to ensure that all current clients are notified and that their cases are transferred to other advisers in the borough or nearby. We also hope that some of our staff will be able to join other law centres or advice agencies.

’We would like to thank all of our staff, volunteers and supporters for all they have done over the years for the success of the Law Centre and the care for our clients.’

The Public Interest Law Centre, which worked in conjunction with Lambeth, will be housed by another law centre.

Figures published by the Ministry of Justice last week show that the number of law centres has halved since the Legal Aid, Sentencing and Punishment of Offenders Act removed vast swaths of civil law from the scope of public funding in 2013, from 94 in 2013/14 to 47 this month.

Asked about law centres during justice questions in the House of Commons last week, justice minister Paul Maynard told MPs that 'we need to bring early legal advice as close as possible to the individual’s front door, and not wait for matters to reach the court door. We are committed in our legal support action plan to looking into how law centres can best be utilised to deliver on that agenda, so I am keen to hear what staff have to say to me when I get to meet them’.

News of Lambeth’s closure broke shortly after MPs including Maynard attended an event in parliament to officially launch the ‘Take Your MP to Work’ campaign. The campaign was devised by the Young Legal Aid Lawyers group and All-Party Parliamentary Group on Legal Aid to highlight the impact of legal aid cuts.

Other casualties this year include Swansea firm TA Law, which helped 90,000 vulnerable people over 10 years, and Advising Communities, a legal advice charity which supported London residents for two decades.