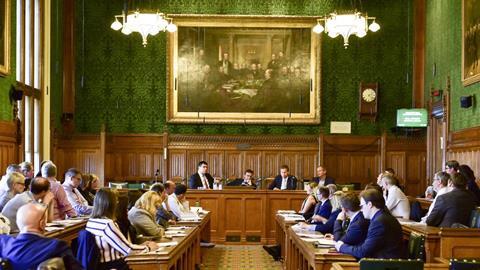 Campaigners against fixed fees for medical negligence claims took their fight direct to Westminster this week with a blitz on MPs.

Dozens of members of the Society of Clinical Injury Lawyers (SCIL) met their representatives in parliament this week in a coordinated attempt to raise the profile of the campaign against fixed recoverable fees. The group vowed it would continue to contest the imposition of fixed costs, even for cases worth less than £25,000.

At a meeting chaired by Chester MP Chris Matheson, SCIL chairman Stephen Webber said practitioners must not give up putting forward their case.

‘We believe the most important issue here is patient safety – if there can be improvements and lessons learnt then the level of negligence will be reduced. That must be the starting point for reform,’ said Webber. ‘I do not accept the position of others who say FRC is inevitable and give up the fight.’

The group, which heard speeches from Matheson and shadow justice secretary Richard Burgon, represents around 100 firms the specialise in clinical negligence claims.

The Department of Health is still preparing its response to a consultation on fixed costs for clinical negligence claims.

In his report on fixed costs published in July, Lord Justice Jackson said health ministers and the Civil Justice Council should set up a working party, including claimant and defendant representatives, to develop a bespoke process for claims initially valued up to £25,000.

Victoria Jones, senior associate in the clinical negligence team at south east firm Barlow Robbins, was one of the lawyers who took their message to MPs in parliament.

She stressed to politicians that measures to set fixed costs will potentially drive experienced solicitors from the sector. ‘These proposals could well open the floodgates to seeing individuals who do gain access to legal representation being represented by lawyers who do not specialise in this area of law and/or lead to an increase in litigants in person, which in turn will potentially lead to increased costs, the opposite of what these reforms seek to address,’ she said.

‘Patient safety will also be put at risk as it reduces the incidence of specialist lawyers highlighting the areas for improvement.’

The National Audit Office reported last week that the DoH estimates that its proposals will save £90m a year by 2020/21. Over that period, the NAO said overall costs of clinical negligence claims will increase from £1.6bn to £3.2bn.