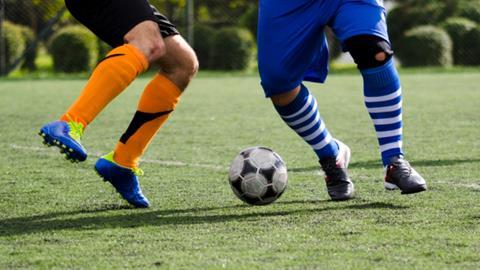 Football club fears for its future after £135k injury claim

A football chairman says clubs across non-league fear for their futures after a court decision on an injured opponent. Ossett United, based in West Yorkshire, say they face a £135,000 court order after a Manchester court found in favour of a semi-professional player who suffered a broken ankle playing for Radcliffe Borough. No further details have been disclosed about the case.

In a statement, Ossett said the club’s insurance policy does not protect them from damages or legal fees in the case. It said not only does the potential losses put the entire club in jeopardy but also opens the floodgates for all injured sports participants to sue and win damages from the person who injured them.

Ossett chairman Phil Smith said: ‘I have had other chairman throughout the league making contact and raising their own concerns. They are worried that an immeasurable amount of claims can now be raised from previous incidents at their club resulting in them actually losing their football club, it’s quite a scary situation we are all now in.

‘I urge all sports clubs to check their insurance policies immediately, however, that will only protect future events, not the ones in the past like the one that now threatens our club.’

The club, which plays in the eighth tier of English football, was formed in July 2018 following the merger of Ossett Town and Ossett Albion. The club now plays at Ingfield, the former home of Ossett Town, and says its only option may be to sell the ground.

The club have started a Gofundme fundraising campaign and says it has been ‘delighted’ with the response so far.

Clubs or players being sued for injuries suffered on the pitch is relatively rare. One successful claimant was former Manchester United youth player Ben Collett who was awarded more than £4.3m in 2008 after a tackle which ended his career. The most famous case involved former Chelsea defender Paul Elliott, injured in a challenge with Liverpool’s Dean Saunders in 1992, who lost a claim for damages after he retired aged 30.