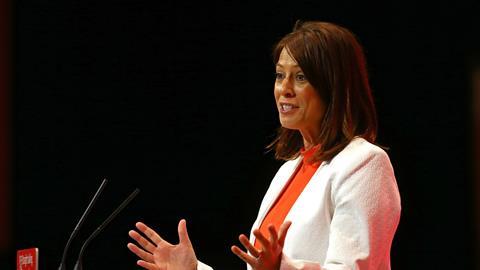 Barrister Imran Hussain and Gloria De Piero, a former political editor at breakfast show GMTV, are joining the shadow justice team as part of a front bench line-up that, according to Jeremy Corbyn, proves the Labour party is 'the government in waiting'.

Hussain and De Piero were among 20 ministerial appointments announced by Labour today. They will be joining, on the justice brief, shadow justice secretary Richard Burgon, a solicitor who has previously worked for trade union firm Thompsons Solicitors, and shadow justice minister Yasmin Qureshi, who began her legal career in the Crown Prosecution Service as an in-house barrister.

Prior to being elected MP for Bradford East in 2015, Hussain was deputy leader of Bradford Council where, his website states, he set up a youth programme to stop young people falling into crime, protected the council's domestic violence services from cuts, protected community advice services, and worked to put more community police officers on the streets.

De Piero was first elected as MP for Ashfield in 2010. She has since been shadow minister in the departments of culture, media and sport, home affairs, equalities office, and young people and voter registration.

Corbyn said today: 'I'm delighted to be filling Labour's shadow front bench with a wealth of talent. Our new shadow ministers will bolster the excellent work of Labour's shadow cabinet and departmental teams.

'These appointments are further evidence that Labour is not just the opposition - we are the government in waiting.'