Magic circle firm Freshfields Bruckhaus Deringer has created an 'ambitious' set of diversity targets under the leadership of its first female senior partner, pledging that women will occupy at least 40% of leadership roles by 2023.

In a series of global targets, the firm said it wants at least 40% of partner promotions to go to women over the next five years. Just under a quarter of current UK partners are female, according to the firm’s 2020 pay gap report. The firm previously aimed for 30% of all new partner promotion candidates be women.

Freshfields also said that all ‘key global leadership functions’ will have ethnic diversity and at least 40% women and 40% men by 2023.

On ethnicity, the firm has pledged to double the number of black associates at the firm by 2026, with location specific race and ethnicity goals to be confirmed. Freshfields says it also wants its global partnership to be at least 5% LGBTQ+ by 2026.

Senior partner Georgia Dawson - who took over from Edward Braham in January - said: ‘Creating an inclusive environment at Freshfields, where diversity of thought is valued, and people feel they belong and can thrive is central to making us a stronger firm and delivering better outcomes for clients. 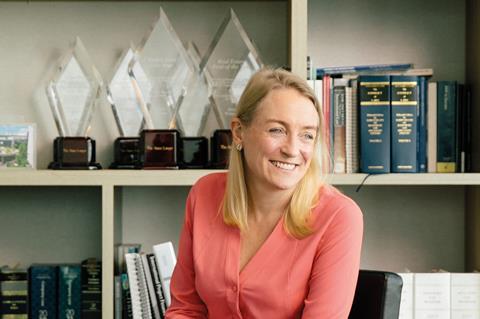 ‘This has been a focus for us for some time, and we are proud of the progress we have made, but we need to go much further. This includes tracking our progress against ambitious targets to increase the pace of change and embedding commitments across the firm so that everyone understands the role they play.’

Speaking to the Gazette earlier this year, Dawson said she is ‘laser-focused’ on helping more women reach senior roles and wants ‘to accelerate the progress we have made to date’.

A host of City firms have announced new diversity targets in the past year. Magic circle rival Clifford Chance has said all levels of the firm - including counsel, senior associates and associates - should be at least 40% female by 2025, the firm. Meanwhile, at least 40% of global partners should be women by 2030.