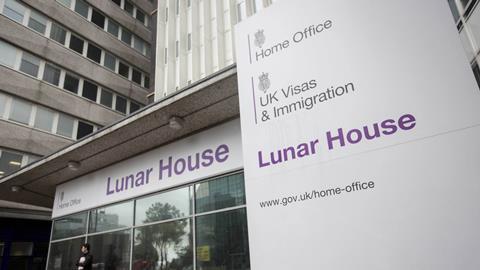 People outside the UK will be forced to pay £5.48 when they email the government agency UK Visas and Immigration (UKVI) with an enquiry in a move that has stunned solicitors.

UKVI, which is part of the Home Office, has announced that, from tomorrow, customer enquiries will be handled by a new commercial partner, Sitel UK. For customers applying from outside the UK, as well as having to pay £5.48 for an email, all phone numbers and opening hours will change. The number of available languages will be slashed from 20 to eight.

There are no changes for people contacting UKVI from inside the UK.

UK Visas and Immigration said the changes 'help the government reduce costs and ensure those who benefit directly from the UK immigration system make an appropriate contribution'.

However, solicitor Christopher Cole, partner and head of immigration at Rotherham firm Parker Rhodes Hickmotts, told the Gazette the 'exorbitant' £5.48 charge is 'beyond belief'.

The charge will include the first email inquiry and any follow-up emails to and from the contact centre relating to the same enquiry.

Cole said: 'Such a charge is truly shocking and wholly unjustified. In order to even come close to being able to justify such a charge, UKVI and their commercial partner will have to up their game considerably.

'For many years there have been high levels of concern about the limited, unhelpful and often plain wrong information provided by UKVI's international service when answering queries about an application. There will need to be exceptional improvements in the service to try to explain this absolutely outrageous charge.'

At present customers can email UKVI free of charge. The Home Office says responding to email enquiries from overseas customers, under existing arrangements, costs the Home Office a 'significant' amount to run.

The Home Office believes the new charge will help to make its enquiry service cost neutral. It encourages customers to check the government website for information on visa applications before phoning or emailing UKVI.

A person applying for a visa to join their partner in the UK must pay a £1,464 fee for UKVI to process their application, Cole points out.

He said: 'There are often problems or delays with either UKVI's commercial partners who take in the applications at visa application centres or with the actual decision-making process by entry clearance officers.

'Anyone who pays such a large fee for a service should be able to contact UKVI to obtain information about the progress of their application or to raise a query about their case.

'Surely, being contacted by email is the most efficient and cost-effective way in which to communicate about an application and this should be encouraged, but instead UKVI (via a new commercial partner) has decided to charge for sending an email.'