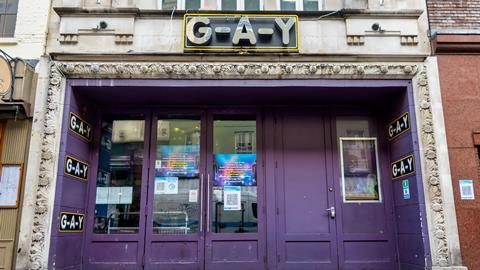 National firm Simpson Millar and barristers from Kings Chambers have been instructed in a legal challenge to the government’s 10pm hospitality curfew.

Jeremy Joseph, owner of the G-A-Y nightclub and bar in London, has asked lawyers to fight the latest round of coronavirus restrictions affecting the entertainment industry – notably the required for all licensed premises to close at 10pm.

A pre-action protocol for judicial review has been served to challenge the government’s decision, which has been in place since 24 September as ministers try to stem the increase in Covid-19 cases. Lawyers have written to health secretary Matt Hancock with a formal challenge to the Health Protection (Coronavirus Restrictions) (No. 2) (England) Regulations 2020 which were amended last month to include the new restrictions.

Joseph said the 10pm closing time has been detrimental to the hospitality sector and ‘makes absolutely no sense’, pushing people onto the streets at the same time where they are more likely to be in contact.

He said: ‘They are going from being safe inside venues with staggered closing times to unsafe on overcrowded streets and overloaded public transport.

‘This government has failed to show why the 10pm curfew was put in place and has published no scientific evidence to substantiate its implementation.’

Simpson Millar partner Dan Rosenberg said the need to prioritise the health and the public was understood and G-A-Y supported measures that help curb the virus, particularly as the business relies long-term on the virus being brought under control.

But he added: ‘While they have been supportive of other decisions made by government, including in relation to social distancing and other measures to protect the safety of their patrons, they fail to see the logic behind the arbitrary decision for all venues to close at 10pm.’