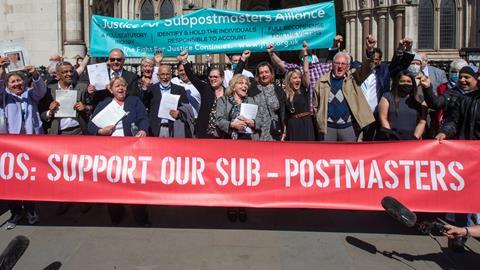 Lawyers acting for the government have sought to prevent the Post Office scandal inquiry from looking into the role of legal advisers, it emerged today.

The inquiry into the quashed prosecutions of sub-postmasters and mistresses (SPMs) heard submissions as part of a preliminary hearing to establish what issues will be examined in relations to the wrongful conviction of dozens of individuals.

One of the key concerns of those representing the victims is that legal advice given to the Post Office both in-house and from external firms is scrutinised.

It was heard today that the Department for Business, Energy & Industrial Strategy has submitted to the inquiry that it is not necessary to investigate legal advice behind the civil and criminal cases. The department, responsible for the government-owned Post Office, says the issue of the role of lawyers would be too time-consuming to examine and would be dealt with better in other ways, either through pursuing possible negligence claims or through regulatory action.

Sam Stein QC, instructed by Howe & Co to represent 151 of those wrongly accused of theft, said the victims ‘cannot disagree more’ with the BEIS representations. ‘The SPMs have had enough of legal process and costs,’ Stein told inquiry chair Sir Wyn Williams. ‘Instead we invite you to deal with these issues as part of the inquiry.’

Legal ethics specialist Professor Richard Moorhead of the University of Exeter, who led a panel of academics in their submission to the inquiry, appeared at today’s hearing and echoed Stein’s call for the scope to be widened beyond simply issues with the Post Office’s Horizon IT system.

Moorhead said what happened had been a ‘lawyering scandal’ as much was an IT-based one, and submitted that some of the work before and since prosecutions was done ‘incompetently or unethically’.

The inquiry heard that the Post Office is also yet to decide on its position around the waiving of legal professional privilege. Williams said he may need to make a determination on this issue and that he would make a further statement in the next days.