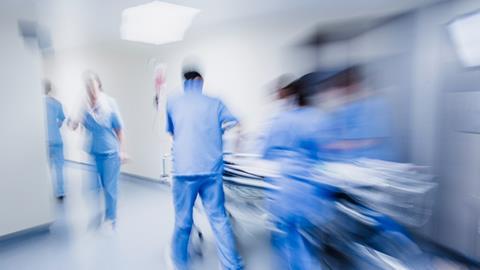 The Department of Health today proposed the introduction of fixed recoverable costs and a streamlined process for most clinical negligence claims valued up to £25,000.

In a long-awaited consultation on the future of clinical negligence claims in England and Wales, the government said it wanted to resolve cases ‘at a lower, more proportionate’ cost than under the current system.

Ministers have said they do not want to change the compensation that a successful claimant can receive, just the costs they can recover from defendants.

The government said it wants to adopt the costs suggested by the defendant group advising the Civil Justice Council, with costs reflecting a ‘reasonable assessment’ of the work required to progress and resolve claims.

Health minister Maria Caulfield said: ‘Claimant costs are much higher and have risen more quickly than defendant costs over the same period and the legal costs associated with low value claims are disproportionately high. In 2020/21, the average legal costs recovered from the NHS by claimant lawyers was twice the average amount paid out in damages to claimants, for lower value clinical negligence claims.’

She added that the proposals put forward today could save the NHS £454m over the next 10 years – money which can instead be spent on improving frontline services.

Caulfield said the government had ‘taken care’ to ensure that proposals do not impede people’s access to justice, while making the fixed recoverable costs scheme straightforward to understand and navigate.

Fixed recoverable costs, already commonplace in most areas of personal injury law, have been on the cards for clinical negligence claims since Sir Rupert Jackson recommended the change in July 2017.

The government says that in 2020/21, claimant legal costs in the £1,001 to £25,000 bracket were more than twice the average amount awarded in damages (£22,124 average legal costs compared with £11,198 average damages awarded), a gap that has also steadily widened over the years. Claims in that category took an average of 1.3 years from notification to settlement – an increase of 46% since 2010/11.

Nothing in the proposed scheme bars parties from pursuing claims in the courts if agreement cannot be reached, but the process is designed to maximise chances of resolution before that point.

The scheme would require a rapid exchange of evidence for faster agreement on liability, causation and quantum, with claims assigned either to a light track or standard track according to their complexity. Two resolution stages would be built in: a ‘stocktake’ meeting between parties and a neutral evaluation by a barrister to resolve as many cases as possible.

Template letters and model expert reports could be used in the initial exchange of evidence between claimants and defendants. Sanctions and incentives would encourage adherence to the rules of the scheme.

Each FRC letter of claim would have to include medical records, expert reports on breach of duty of care and causation (limited to two experts), details of losses and supporting documents, and an offer to settle the claim. Defendants would have to acknowledge claims within 21 days and, within a maximum of six months from service, choose whether to admit liability or contest the claim and/or offer. Claimants then have 14 days to acknowledge receipt and six weeks to reply.

In total, claims adhering to the standard track process would not take longer than 44 weeks to move from claim letter to mandatory neutral evaluation – although the process is expected to be significantly shorter in many cases.

Costs would be limited to £6,000 for standard track claims plus 20% of damages agreed. For claims in the so-called ‘light’ track, proposed recoverable costs are no more than £1,500 plus 10% of damages.

Claims requiring more than two liability experts, those with genuine multiple defendants and those involving stillbirths or neonatal deaths are excluded, as are those where limitation is raised by the defendant as an issue.

Consultation on the proposals closes on 24 April.