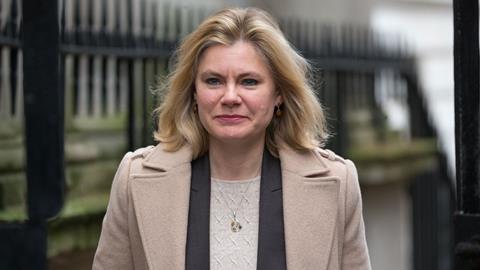 Government plans to relieve local authorities of key legal duties to children, set out in Children and Social Work Bill, are set to be scrapped. The government will now support opposition amendments deleting key clauses designed ‘to test different ways of working’ within children’s services by freeing them from ‘requirements imposed by children’s social care legislation’.

As originally drafted, councils would have been free to vary provision of children's services on the say-so of the education secretary, which critics say would remove fundamental legal protections.

Writing in the Gazette last year, Monckton Chambers barrister Steve Broach had warned the scope of the legislation was ‘vast’. He noted: ‘If the clauses go through, the complex task of advising children and families as to their [legal] rights and entitlements will become virtually impossible.’

The change in the government position is revealed by magazine Children and Young People Now. The magazine said that the climbdown followed a meeting last week between the education secretary Justine Greening, children’s minister Edward Timpson, and chief social worker Isabelle Trowler, with a delegation of opponents of the proposals including child protection expert Lord Laming, former children’s minister Tim Loughton and Conservative MP Kelly Tolhurst.

Carolyne Willow, director of charity Article 39, which campaigns for the rights of children living in institutional settings, said: ‘This is extraordinarily excellent news for children and young people across the country.’

Willow added: ‘Their legal protection will now remain intact, wherever they live and whoever looks after them.’

Confirming that the government now supported opposition amendments tabled by shadow minister for children and families Emma Lewell-Buck MP, a spokesperson for the Department for Education said: ‘We have listened to concerns raised about introducing the power to innovate, which would have meant councils could test new approaches in order to support the country’s most vulnerable children. In recognition of this we are not taking forward that particular aspect of the bill.’

The Children and Social Work Bill begins its report stage in the House of Commons next Tuesday.