Australasia’s foremost legal education provider is seeking to storm the UK market by training 'hundreds and eventually thousands' of aspiring solicitors in England and Wales. The College of Legal Practice today revealed plans to ‘Uberise’ solicitor training by providing fully digitalised preparatory courses for the new Solicitors Qualifying Examination. Students will learn at home and work.

The college is a subsidiary of the not-for-profit College of Law Australia and New Zealand, which has decades of experience of working with leading law firms and trains over 5,000 lawyers a year. It has partnered with Dallas, Texas-headquartered Barbri, which prepares candidates for the US bar exams, to pursue ambitious plans to expand into England and Wales. Alternative business structures and ‘new breed’ law firms are initially in its sights.

Professor Nigel Savage assumed the role of interim chief executive of the subsidiary earlier this year to steer the project to launch. A high-profile industry figure, Savage headed the University of Law and its forerunner the College of Law for many years. Also on board as chief operations director is Peter Liver, executive director of membership services at the Law Society of England and Wales until March 2019. 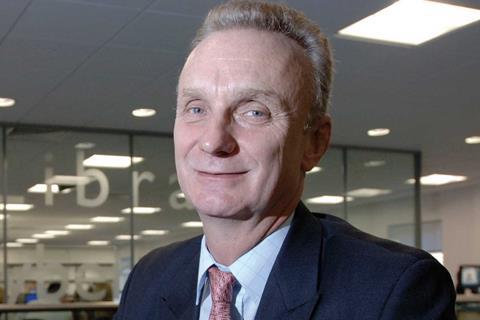 Savage: 'College doesn't have the baggage of the old LPC'

The announcement's timing was also influenced by this week’s launch of the revised SRA rulebook, which sweeps away many of the training contract restrictions among a range of liberalisation measures which also create ‘freelance’ solicitors.

Savage commented: 'I believe we are uniquely positioned to create a new and genuinely 21st century approach to education in this sector. The new SQE will create a sea change in legal training and has provided the impetus for this change, but significantly the college doesn’t have the baggage of the old LPC. Our proposition will enable legal service providers to shape career development to their strategic priorities.’

The new ‘super-exam’ will replace the GDL and LPC from 2021 and cost £3,000-£4,500, according to the SRA. However, this does not include the SQE preparation courses many candidates will take, with some universities working on gearing their law degree programmes toward SQE. BPP, meanwhile, has already announced an SQE-friendly postgraduate diploma in law.

The cost of the new college’s SQE Practice Programme has yet to be disclosed as the SRA finalises the format of the new super-exam. But the college told the Gazette it expects to undercut equivalent courses offered in the market by 25%-50%.

Savage will succeeded by a permanent CEO next February: Dr Giles Proctor, a former solicitor with Addleshaw Goddard and current head of the University of Roehampton’s law school in south-west London. The college has also appointed two top City lawyers as non-executive directors. They are college chair Richard Clark, former executive managing partner at Slaughter and May, and Isabel Parker, chief legal innovation officer at Freshfields Bruckhaus Deringer. Neville Carter, CEO of parent body the College of Law Australia and New Zealand, is also on the subsidiary’s board.