HM Courts & Tribunals Service has spent more than £100m on a seven-story office building next to the Old Bailey which will host a new tribunal centre in London.

The Central London Tribunal Centre at 7 Newgate Street – which has been bought for £111m plus VAT and is expected to open by the end of 2023 – will have 30 rooms for hearing cases involving employment, social security and child support disputes.

An ‘environmentally friendly and sustainable refurbishment is already underway’ at the building, the Ministry of Justice said, but the development is subject to ‘change of use’ approval from the City of London Corporation. 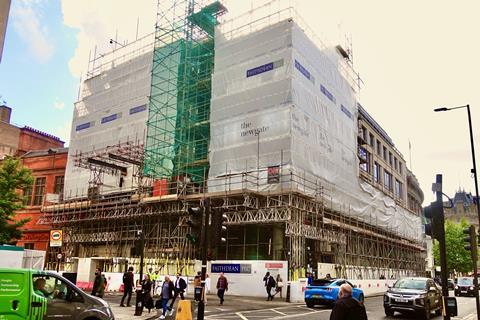 The centre will be in addition to an 18-court development in Salisbury Square, near Fleet Street, which will provide Crown, magistrates’, county and civil courts and is due to open in 2025. However, it is understood the Central London Tribunal Centre will replace existing tribunal rooms in the capital which are due to close.

Justice minister James Cartlidge said: ‘The new tribunal centre will be developed into a modern space in the heart of London, with tribunal users at the forefront of its design. We are investing significantly in court rooms and tribunal buildings across the country to meet the demands of our justice system.’

HMCTS property director Rupert Morgan said: ‘I am delighted to confirm the purchase of 7 Newgate Street, securing tribunal hearing capability within the heart of London for years to come. Optimising energy use and carbon emissions, the building will deliver the modern and efficient facilities which our users expect.’