The Home Office has rejected the Gazette’s appeal over the department’s refusal to disclose its submission to the Independent Review of Administrative Law – as more Whitehall departments refuse to reveal what they have said about the judicial review process.

The Home Office, which had the second highest number of judicial reviews lodged against it of any government department in 2019, refused to reveal its response to the review’s call for evidence following a Freedom of Information Act request by the Gazette. Priti Patel’s department said disclosure would remove the ‘safe space’ that the panel, chaired by Lord Faulks QC, should have to consider the evidence and reach conclusions. The Gazette appealed the decision.

Last week the Ministry of Justice confirmed that it has received the report of the independent review. Responding to the Gazette’s appeal yesterday, a member of the Home Office’s information rights team, who was not involved in handling the Gazette’s initial request, said they were satisfied that that the original response correctly cited section 36 (2)(c) of the Freedom of Information Act and disclosing the evidence would prejudice the effective conduct of public affairs.

The Home Office's letter said: ‘The Ministry of Justice has received the IRAL report (subject to further minor alterations, and copy editing) and evidence base and is now using those materials to formulate policy proposals. Release would prejudice the safe space required to formulate policy development and so to release the Home Office response at this stage would be counter to the effective conduct of public affairs. 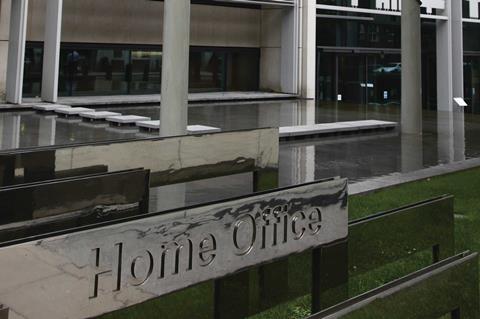 ‘For these reasons, I find that section 35 (1)(a) is also engaged as the information relates to the formulation and development of government policy.’

The next stage of the appeal process would be to apply to the Information Commissioner for a decision.

The Gazette has asked several government departments if they submitted responses to the review’s call for evidence and, if so, to disclose their submissions.

The Department for Environment, Food & Rural Affairs said the Gazette’s request was ‘very broad and could cover an enormous amount of information, potentially going back many years’. The department suggested 'narrowing down' the request.

The Ministry of Justice, which was at the receiving end of the largest number of JRs in 2019, is hosting the review with secretariat support and told the Gazette last year that it did not submit a response.

Responding to a written parliamentary question by Labour's Clive Lewis on whether the MoJ will publish submissions to the call for evidence, justice minister Alex Chalk said: 'We will consider publication of submissions made to the review consistent with the usual disclosure provisions.'