Landlords urge government to hurry up over housing court

A group representing landlords has told the government to hurry up and set up a specialist housing court after publishing figures that suggest London courts are failing to cope with the volume of landlord repossession cases.

Nearly a year has passed since the government canvassed views on setting up a dedicated court to make it easier for court users to resolve disputes, reduce delays and secure justice in housing cases.

The Residential Landlords Association urged the government to get a move on after figures obtained through Freedom of Information requests showed that the average length of time from a claim from a landlord in London to a court issuing an order for a property to be repossessed for legitimate reasons was 30 weeks in 2019, up from 23 weeks the previous year.

The association says the time taken to process cases will get worse as ministers prepare to end section 21 'no explanation' repossessions as courts will come under greater pressure to decide on legitimate repossession cases such as tenant rear arrears and anti-social behaviour.

John Stewart, the association's policy manager, said: 'If landlords feel that they might have to wait forever to regain possession of their property where they have good reason, such as tenants committing anti-social behaviour or failing to pay their rent, increasing numbers are going to feel it is not worth the risk of letting the property out in the first place. This will just add to the already growing shortage of investment in rented housing which is badly needed to meet a rising demand. 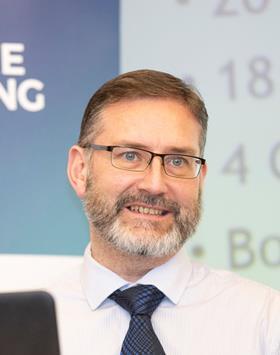 Stewart: 'For the benefit of landlords and tenants alike'

'The RLA was delighted when the government consulted on its proposal for a housing court a year ago but nothing has happened since. It needs to get on and get it set up for the benefit of landlords and tenants alike.'

Not everyone backs the idea of a housing court. The Law Society said housing claims suffer from numerous procedural delays and system failures, but a separate specialist court is not the solution to fixing them.

Meanwhile thinktank Justice is due to publish a report next month on resolving housing disputes after taking a 'fresh look' at the current systems in place.