A taskforce commissioned by the Welsh government to review the country’s justice system has today proposed the establishment of a Law Council of Wales to promote legal education and awareness of Welsh law.

The proposal comes from the Commission on Justice in Wales, which was appointed in 2017 and is chaired by former lord chief justice Lord Thomas of Cwmgiedd. The commission will publish its full recommendations on 24 October.

Lord Thomas said the commission had drawn on valuable experience in Scotland in mooting the creation of a Law Council of Wales. ‘The need for collaboration between the legal professions and law schools has long been recognised in Scotland,’ said Thomas. ‘There they have the Joint Standing Committee for Legal Education, which brings together people with key roles in legal education – the judiciary, bar, Law Society, law schools and lay members – and is highly effective.’ 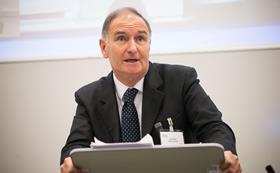 Thomas noted that the plan originated in a speech given two years ago by Wales’ first Supreme Court judge, Sir David Lloyd Jones, calling for an institute of Welsh law. Lloyd Jones told the 2017 Legal Wales conference in Swansea that the growing body of Wales law must be made readily available to the people of Wales to enable 'access to justice, and secure commercial certainty and economic prosperity’.

Mark Evans, chair of the Law Society in Wales Committee said: 'The Law Society in Wales looks forward to working closely with the proposed new Law Council to continue to drive better and more focused collaboration between the different parts of the legal community in Wales. We are keen to be involved from the outset and we will be having discussions with the Counsel General and Welsh Government officials in the near future to explore the role we can play.'

Wales’ divergence from England remains a controversial subject among some lawyers, nevertheless. There are fears further divergence will complicate cross-border practice and add to the costs of doing business.