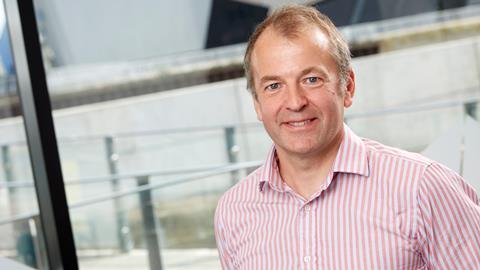 ‘Champions of the vulnerable’ were among the solicitors feted at last Thursday’s Law Society Awards 2021.

Excellence was recognised across 20 categories at the most prestigious awards ceremony for solicitors in England and Wales, which took place virtually and was hosted by comedian Jo Caulfield.

Neil Hudgell (pictured), from Hudgell Solicitors, who helped secure justice for dozens of former sub-postmasters wrongly convicted in the Post Office Horizon scandal, won the Law Society Gazette Legal Personality of the Year. It was quite a day for Hudgell, who was also named Yorkshire Lawyer of the Year at the Yorkshire Legal Awards, held in Leeds last night.

The Society's Lifetime Achievement Award went to Michael Hanley, from Wilson Solicitors LLP, who has dedicated his career of 36 years to fighting for some of society’s most vulnerable and unpopular causes.

Hanley’s firm was also a winner, picking up the award for Excellence in Access to Justice. Specialising in immigration, an area which has seen substantial public funding cuts, Wilson Solicitors ‘have demonstrated a strong commitment to providing continued legal aid provision’, the judges said.

Fatema Orjela, of Sidley Austin LLP, took the Woman Solicitor of the Year gong, ‘having demonstrated clear leadership in gender diversity including mentoring the next generation of aspiring solicitors from diverse backgrounds’.

Human Rights Solicitor of the Year winner – Maria Patsalos, from Mishcon de Reya – was hailed as a ‘true champion of diversity’. She founded a range of pro-bono initiatives such as Pink Law and Black Justice to safeguard and promote the rights of marginalised groups.